SCENARIO CARD CAN BE FOUND BELOW- - -The Soviet offensive was launched on 9 June 1944 on the Karelian Isthmus. Against 270,000 men, artillery, tanks and waves of attack-planes stood 70,000 Finnish soldiers. Soon the front collapsed and the Finns had to retreat. On the 20 June Viborg fell, the second largest city in Finland. In this chaos the 61st Infantry Regiment (JR61) was sent forward to defend the northern exit of Viborg. JR61 consisted of Swedish-speaking Finns and was ably led by Lieutenant Colonel Alpo Marttinen. The terrain in this area was advantageous to the defender. The Soviets had to cross the Kivisillansalmi, a waterway, to attack a narrow isthmus southeast of Tienhaara. This area was called Finlands Lås, the Lock of Finland, for if it fell the whole interior of Finland would be open. After a heavy bombardment the Soviet attack commenced with an assortment of assault boats and rafts.
Attacker: Russian (Elements of 90th Infantry Division)
Defender: Finnish (Elements of 9th and 12th Companies, 3rd Battalion, Infantry Regiment 61) 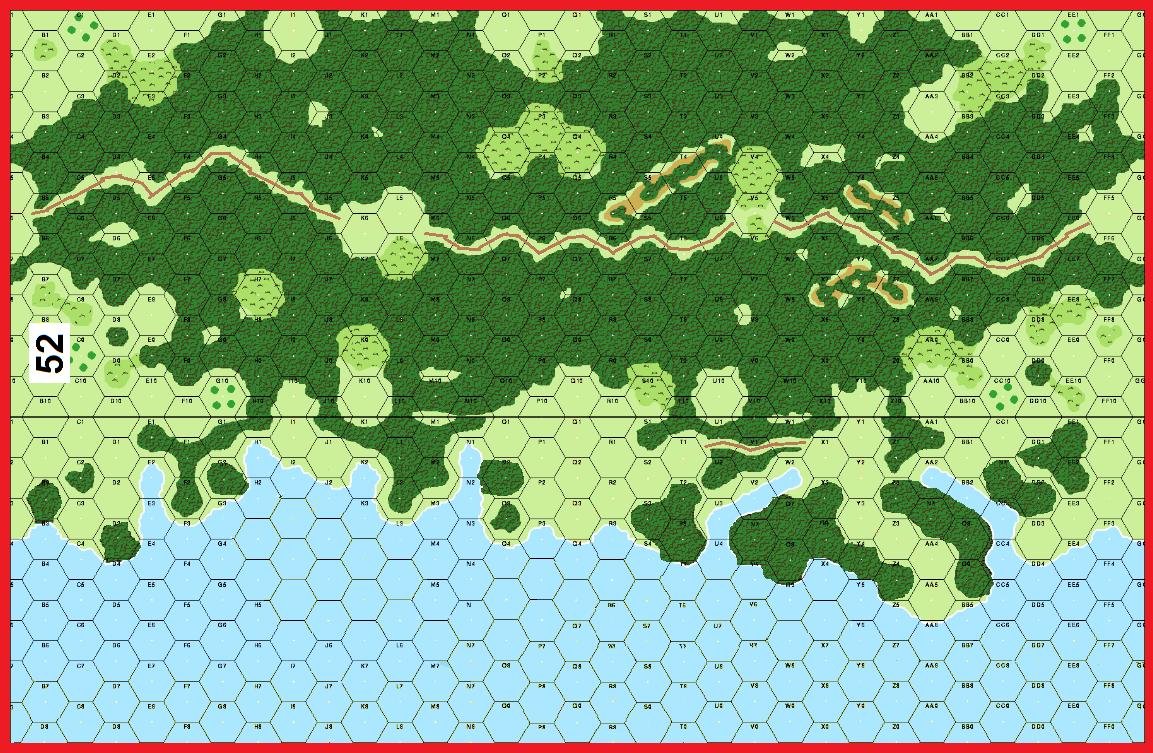