At 0300 he squadron entered the estuary of the Loire, holding to a center course outside the normal shipping lanes, at the risk of grounding the Camnbeltown as she passed over the several known shoals. Overhead the RAF began their bomb run against the port, designed to draw the defender’s attention skyward and away from the sea. However, the German Brigade Flak commander, Kaptain Mecke, was keen to a change in their aerial tactics, instead of the usual one run all bombs away attack, the raid overhead was coming in small waves of one and twos. He ordered his units to stand down and focus their attention seaward. The squadron was still in range of heavy coastal guns, but went undetected until 0115 when a lookout reported sighting 17 vessels. The report did not reach Mecke until five minutes later and he issued a full alert: ‘Beware landing’. All searchlights were now trained on the sea. The squadron was sighted shortly and challenged by show stations to identify themselves. Knowing beforehand that this was likely to occur, the British had prepared a ruse de guerre. They flashed the codename for a German E-boat and added ‘two craft damaged’ in the hopes that it would appear as if friendly forces were seeking safe harbor. The ploy worked for a time and allowed the British to close the distance to their target without being fired upon, but eventually the jig was up and the battle commenced in earnest. The Kriegsmarine ensign aboard the mast of the Campbeltown, a further ruse de guerre, was struck and up ran the ensign of the Royal Navy, punctuated by a broadside from the Campbeltown itself.
Attacker: British (HMS Campbeltown, RN and elements of 7th, 20th and 28th Flotillas, RN and Nos. 1, 2, 3, 4, 5, 6, 9 and 12 Commando)
Defender: German (Elements of Marine-Flak-Abteilung 703 and Kriegsmarinewerft-Companie 2 and 4 along with elements of Marine-Artilerie-Abteilung 280) 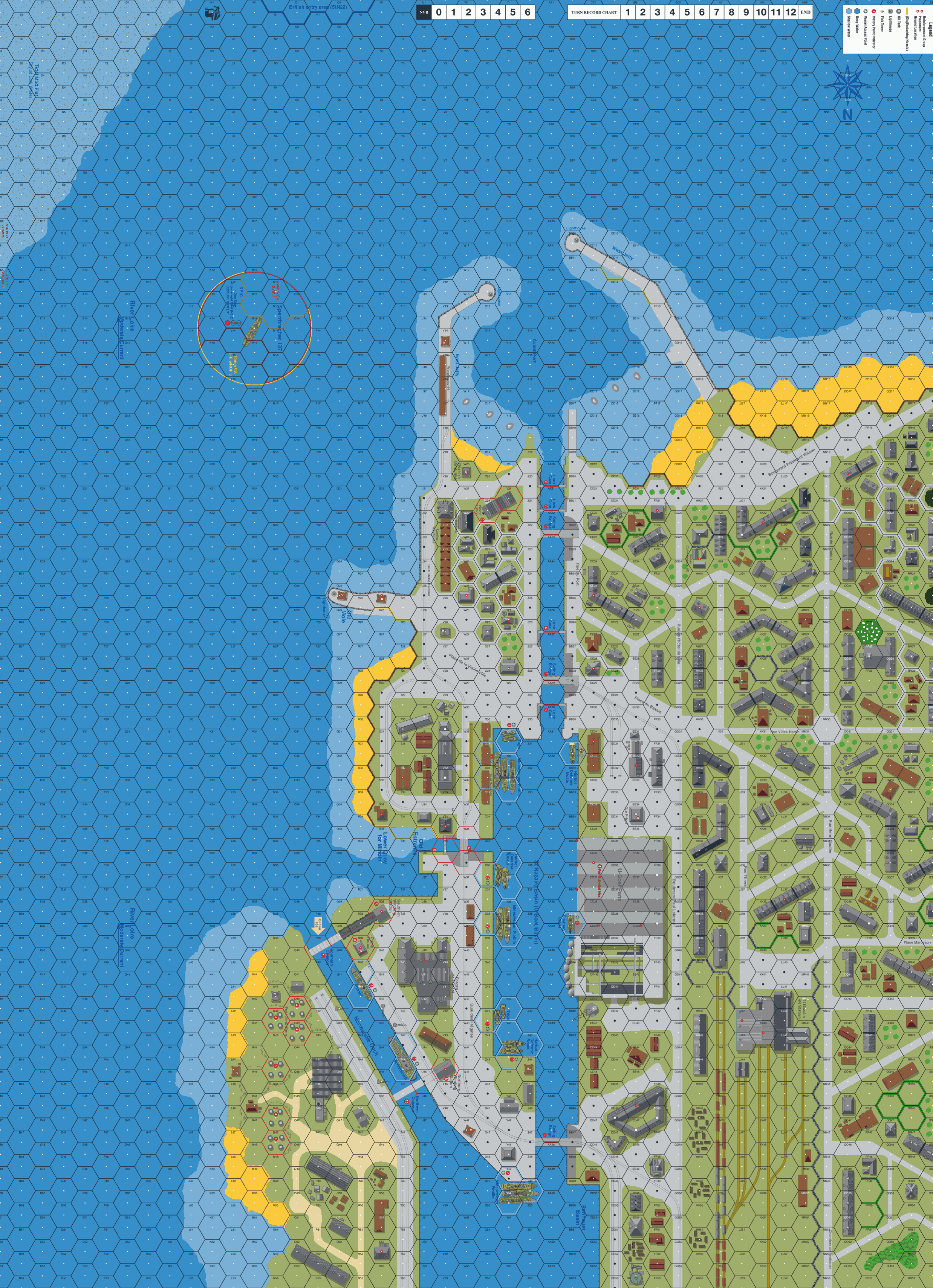 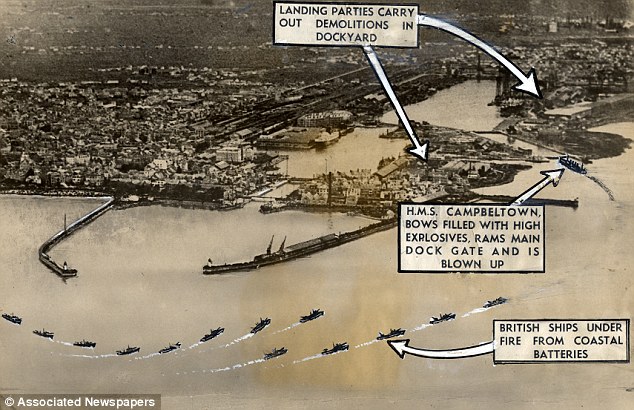