The American plan of attack against Stoumont for the morning of December 21st was ambitious. The depleted 1/119th Infantry was to push east and seize the sanatorium. Upon its capture, the even weaker 3/119th was to attack southward in conjunction with Task Force Jordan and take Roua. In the meantime, the fresh 2/119th was to move east along the high wooded ridge north of the two villages, then turn south and cut the Stoumont-La Gleize road, in effect completing an encirclement of the Stoumont-Roua area north of the Ambleve. An early-morning German attack on the 1/119th upset the U.S. timetable, however, forcing the battalion’s assault, and consequently that of the 3/119th and TF Jordan, to be postponed. Following a bombardment of the sanatorium defenses, the 1/119th finally advanced at 1245 hours.
Attacker: American (Companies B and C, 1st Battalion, 119th Infantry Regiment)
Defender: German (SS) (Kampfgruppe Peiper/Abteilung 1 SS-Panzer Regiment 1) 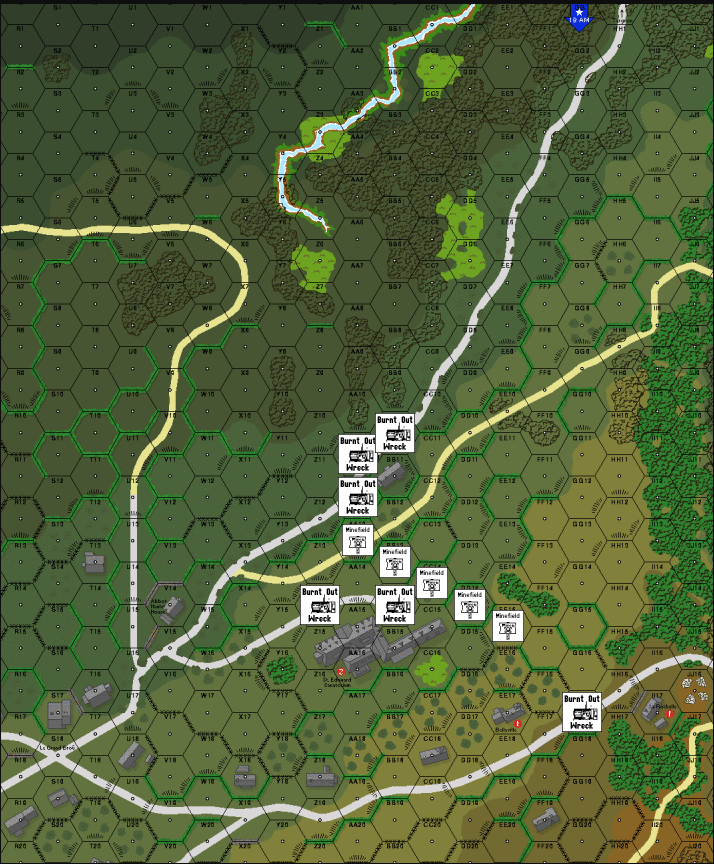 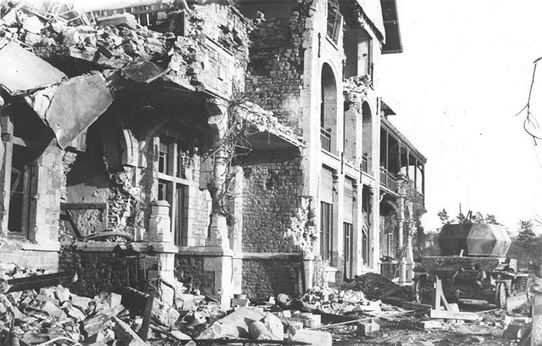 Sanatorium after battle. Knocked out FlaKPz IV/20 sits in front.