At dawn, under orders that brooked no delay, the vehicles of the 2nd SS-Panzer Division lurched forward, beginning the eventful trek north towards the Allied beachheads at Normandy. At Montauban, the 4th SS-Panzergrenadier Regiment was to meet up with the divisional reconnaissance troop. But the Recce Abteilung was late getting into position. The commander of the "Der Fuhrer" Regiment impatiently ordered his headquarters section to roll north. Behind followed trucks, half-tracks and cars of the regiment in a long and dust-shrouded line. The HQ staff was still cruising at the head of the column when it reached the outskirts of the small village of Cressensac. As the lead vehicles neared the cluster of buildings, they were suddenly raked by a long burst of machinegun fire. As the long column jolted to a halt, the armored halftrack of the Recon battalion skirted it and roared forward -- its men enjoying the spectacle of clerks and officers cowering in the ditches as the price of their impatience.
Attacker: German (SS) (HQ Elements, SS-Panzergrenadier Regiment 4, SS-Panzer Division 2/SS-Aufklaerungsabteilung "Das Reich")
Defender: Partisan (The Ace of Hearts Maquis) 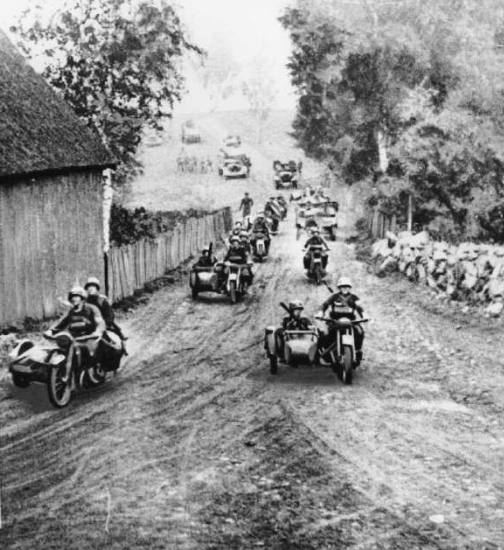