During Operation Market Garden, the 7th Somersets, the lead battalion of the 214th Brigade was to push through Oosterhaut and link up with Polish paratroopers at Driel. Traffic chaos in the city resulted in a planned pre-dawn attack being delayed. Nevertheless, the link-up could not be delayed, for the British across the Rhine were in desperate straits by then. In full light the Germans, bolstered during the night with a headquarters infantry battalion and a company of Panthers, were prepared to give them a bloody time of it.
Attacker: British (7th Somerset Light Infantry, 43rd Wessex Division)
Defender: German (II SS-Panzer Corps HQ)

Guns: A:0
OML 2-in. Mortar
D:0
Errata (source)
Players wanting to play this game/Request a match: 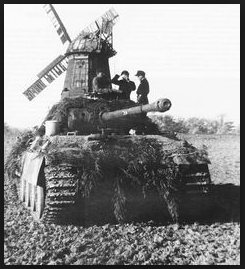