As the German Ardennes offensive got underway, the 62nd Volks Grenadier Division opened its attack by hurling two regiments against the 424th Infantry in an attempt to breakthrough at Winterspelt. The most serious threat developed at the Weissenhof crossroads where the 424th Cannon Company armed only with small arms had been reinforced in an effort to block any movement along the main road toward the town. By noon, the 109th Regiment had broken through north of the Cannon Company's position and occupied the high ground overlooking the road to Winterspelt. The Germans now ordered their "mobile" battalion with support from assault guns to force a breakthrough at the crossroads.
Attacker: German (190th Regiment, 62nd Volksgrenadier Division/Mobile Battalion, 164th Regiment, 62nd Volksgrenadier Division)
Defender: American (C Company and Cannon Company, 424th Infantry Regiment, 106th Division) 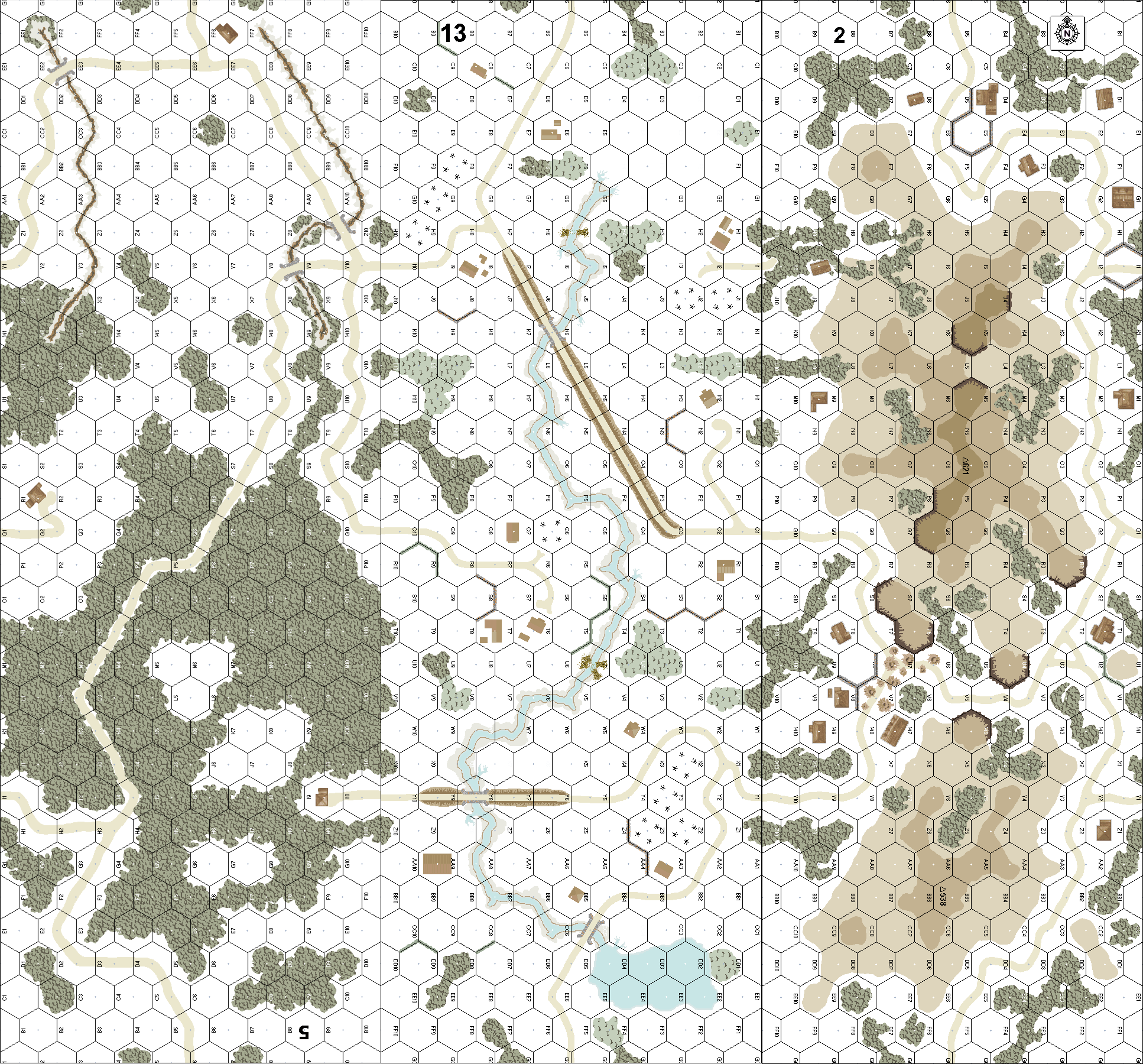 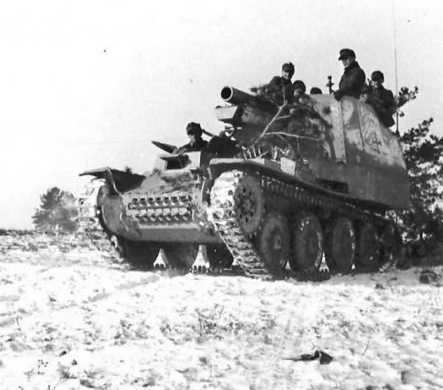 SIG 38(t)M - Grille. Self-propelled artillery. The Grille series was based on the Czech Panzer 38(t) tank and used a 15 cm sIG 33 infantry gun.