The Special engineer task Force was a vital component of the initial assault along with the infantry teams and the armor fire support. The assignment called for creation of clear lanes through the obstacles on the tidal flat. The lanes were to be 50 yards wide with eight lanes allotted to each of the infantry regiments in the initial assault and assigned to a demolition team. Demolition Team No. 1 was planned to land on the westernmost beach sector, Dog Green, but, due to the easterly flowing tidal current, the actual landing was at least one beach sector off, placing them near the boundary of Dog White and Dog Red. As the ramp dropped, accurate small arms fire covered the craft but the team scrambled into the water and headed for the seaward row of obstacles which included Element C (Belgian Gates).
Attacker: American (Team No. 1, 146th Engineer Combat Battalion and A Company, 743rd Tank Battalion and F Company, 116th RCT, 29th Infantry)
Defender: German (Elements of the 3rd Battalion, 726th Infanterie Division) 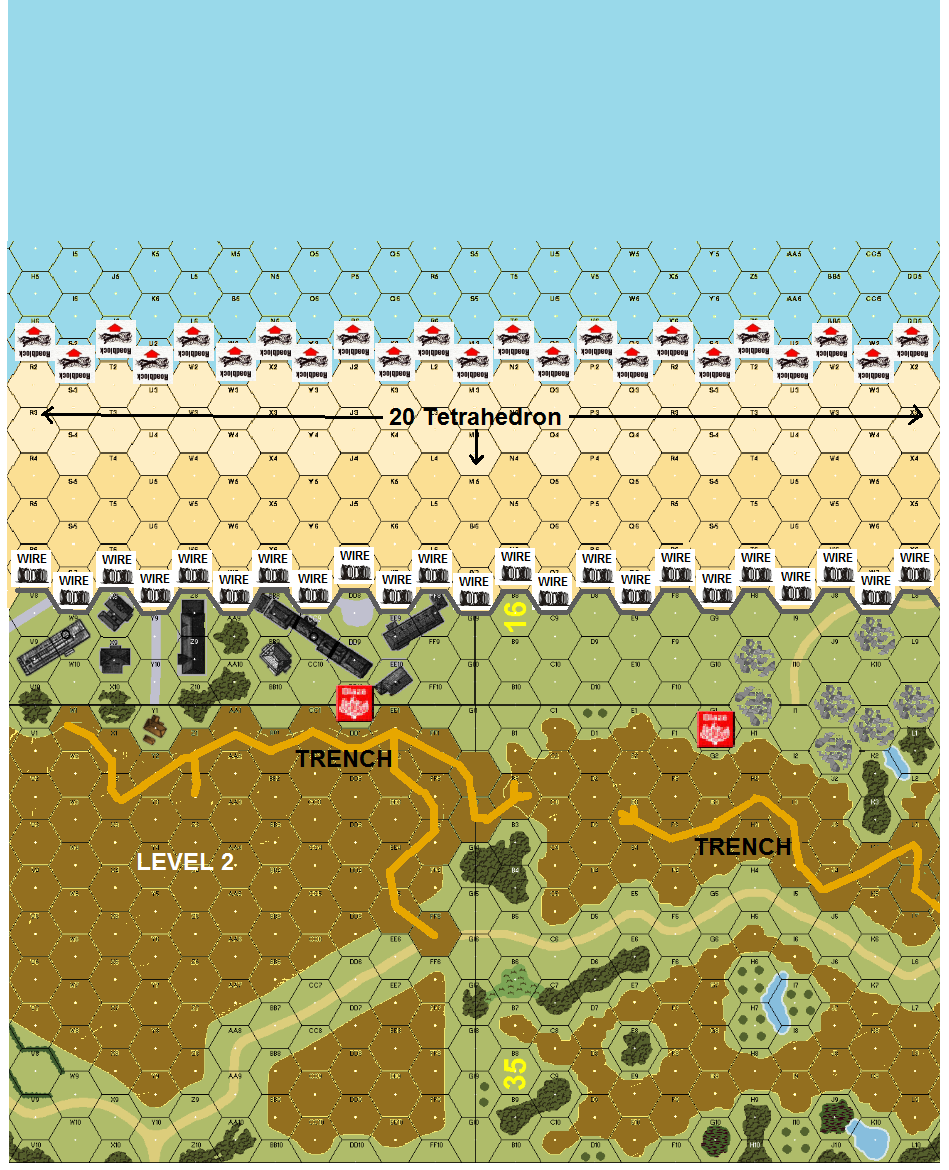 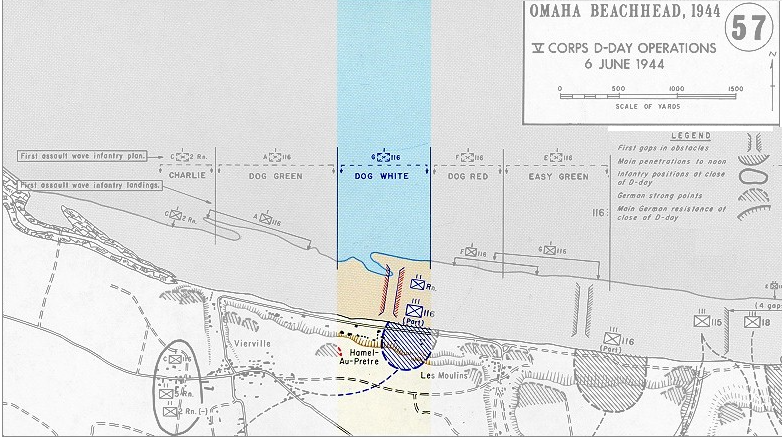