As the 1st Marine Division struggled to consolidate its D-Day beachhead on Peleliu, the Fifth Marines pushed forward off of Orange Beach One toward the island's airfield. Their objective for the first day was to drive across the airstrip and reach the eastern shore before digging in for the night. At about 4:00 PM, as the 1st and 2nd Battalions were advancing abreast against light but determined resistance, a naval observation plane alerted the Marine command that a group of Japanese tanks was moving forward from low-lying ridges north of the airfield. At 4:50 they struck in a well-organized combined-arm counterattack.
Attacker: American (USMC) (2nd Battalion, 5th Marine Regiment, 1st Marine Division)
Defender: Japanese (2nd Infantry Regiment, 14th Division) 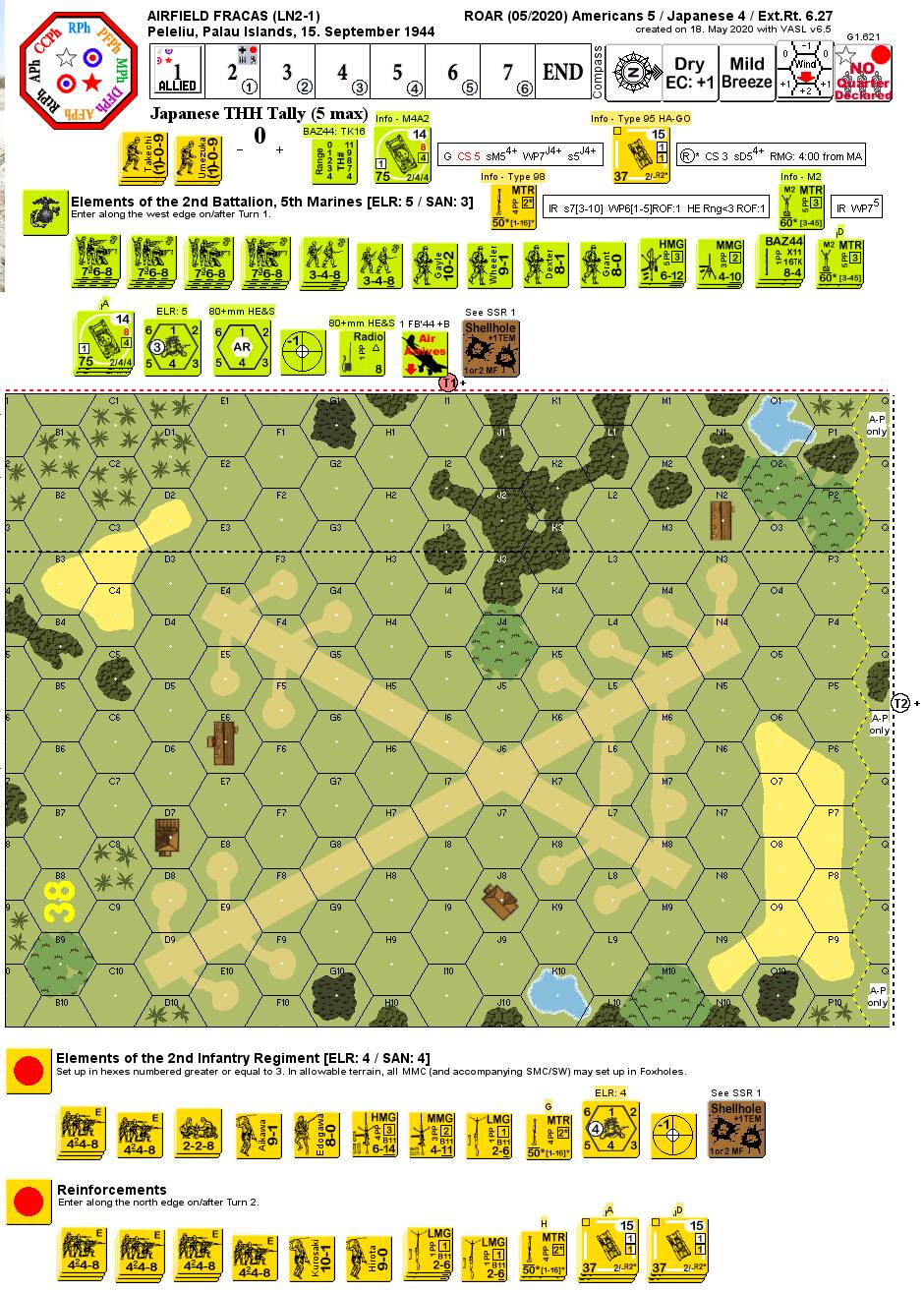 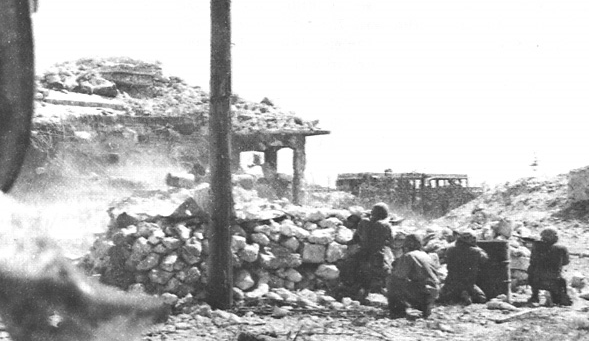