After weeks of fighting, the American 6th Army had retaken three quarters of Leyte, slowly choking off the remnants of Suzuki’s 35th Army. Instead of admitting defeat, however, the Japanese launched Operation Wa, a complicated attack on the US rear-area airfields of Buri, Bayug and San Pablo. Wa was designed to unfold over ten days, with both airborne and land forces linking up to take and hold the airfields, breaking up the American advance. When the first wave of planes carrying Lt. Col. Shirai Tsunehiro’s 33rd Parachute Regiment cruised over the San Pablo airfield in the twilight of December 6th, there was no anti-aircraft fire or combat air patrol. The heavily-armed paras tumbled out in neat stacks, right on schedule and without a shot being fired. The Americans on the base, mostly various elements of the 11th Airborne Division, were busy lining up for chow and packing parachutes. As Shirai’s men hit the ground and used their whistles, bells and other gadgets to form into squads, the Americans ran for their weapons. A wild hide-and-seek melee followed, with the US paras trying to fight off the Japanese who were intent on both destroying equipment and taking control of the base.
Attacker: Japanese (Elements of the 3rd Parachute Regiment)
Defender: American (Elements of the 11th Airborne Division) 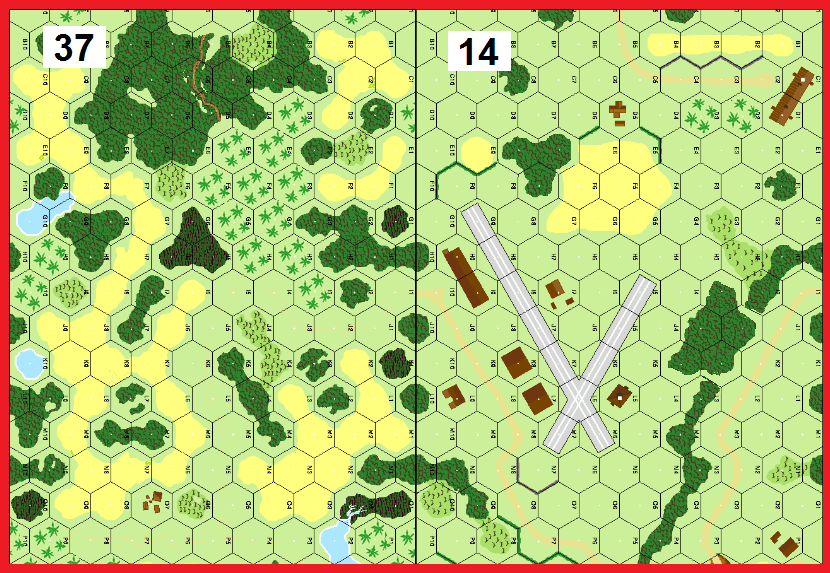