With Guadalcanal finally secured, U.S. Leaders looked towards their nect target in the Solomons – the island of New Georgia, with its important airfield at Munda. For the unbloodied Gis of the Buckeye Division, this jungle-shrouded island would host their first encounter with the Japanese. While the main forces landed on the southern beaches of New Georgia, a makeshift regiment of Marine and Army battalions landed on the north side to prevent a repeat of the Guadalcanal campaign. The Marines went to capture Enogai Inlet, while the 3rd Battalion, 148th Infantry set up a roadblock between Bairoko and Munda on July 8. This was an irritant the Japanese could hardly ignore. Almost immediately, the blocking force encountered Japanese counterattacks. The most serious assault came on July 10, when a detachment of the Kure 6th Special Naval Landing Force hit them from the north, launching a full-fledged banzai charge that broke through the perimeter. . . .
Attacker: Japanese (Elements of Kure 6th Special Naval Landing Force)
Defender: American (Elements of I and M Companies, 3rd Battalion, 148th Infantry Regiment) 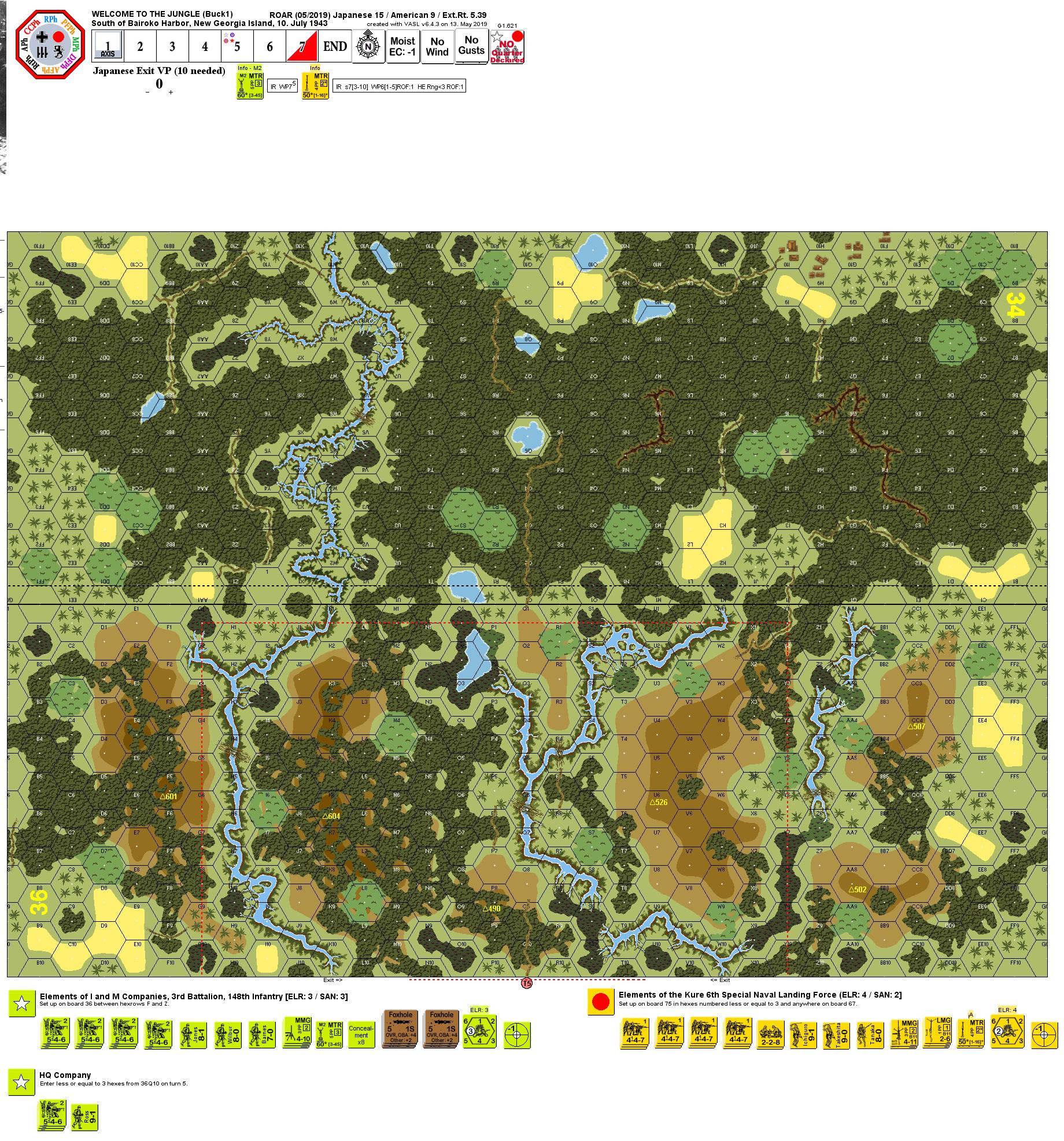