The previous day's fighting along the highway had brought only negligible gains for the Russians. The two divisions attacking north of the highway had faired slightly better, and resulted in the shift of the Front's exploitation force to their zone. Even though events farther north were proving to bc more promising and the Front's exploitation force was being shifted, the attack would continue in order to maintain pressure on the German line and possibly still force a penetration. The 16th Guards Rifle Division was not granted as much artillery support as before, but much of the German artillery had already been silenced by counterbattery fire. The Russians had fewer aircraft available for close ground support missions than the day before, but with air superiority they went virtually unopposed.
Attacker: Russian (Reinforced elements of 16th Guards Rifle Division, 36th Guards Rifle Corps, 11th Guards Army)
Defender: German (Reinforced elements of Grenadier Regiment 195, Sturm Division 78) 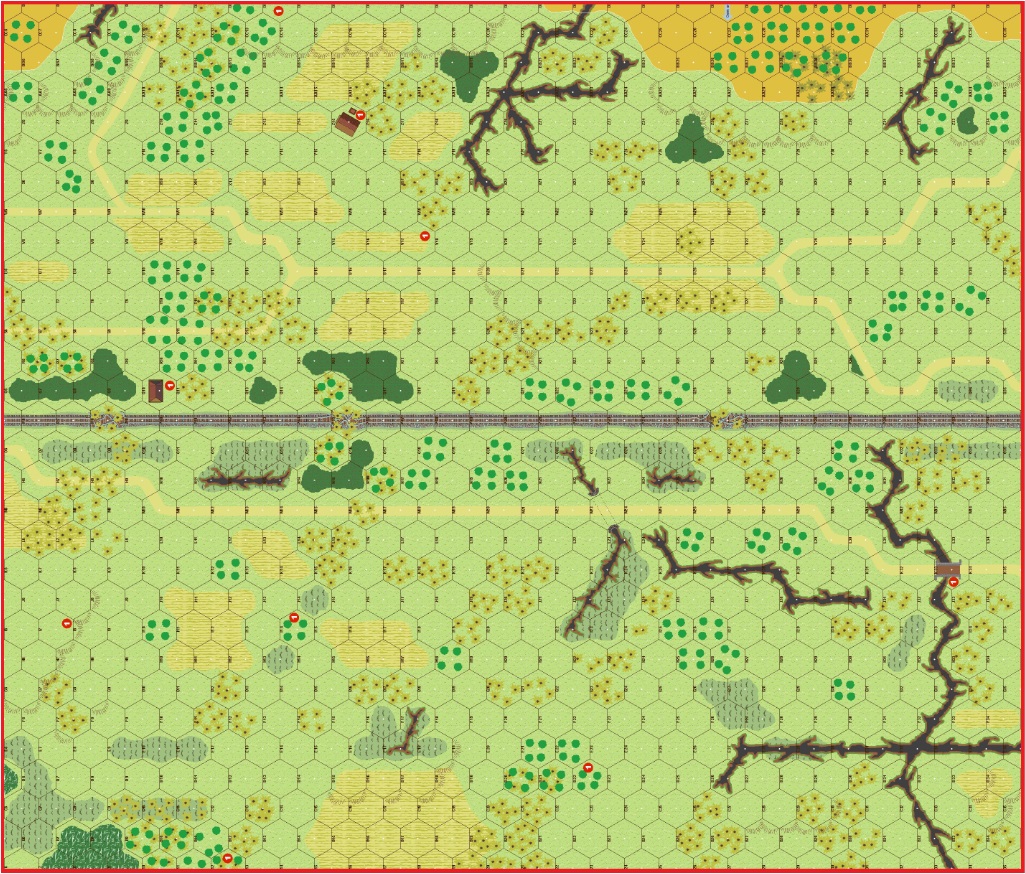