By the end of December 16th, panzergrenadiers threatened to overrun some very stubborn remnants of Company B, 100th Infantry in Marnach. A reserve battalion was directed to attack to reinforce the units in Marnach. After an all night march, 2nd Battalion was in an assault position on the reverse slope of a hill north of Clervaux. At 0730 Companies E and F crossed the line of departure. After an hour of good progress, the companies moved across Irbech Creek into a draw about a quarter mile north of Reuler where they ran into stiff resistance from panzergrenadiers. . .
Attacker: American (Company E, 2nd Battalion, 110th Infantry Regiment, 28th Infantry Division)
Defender: German (Elements of Panzergrenadier Regiment 304, Panzer Division 2) 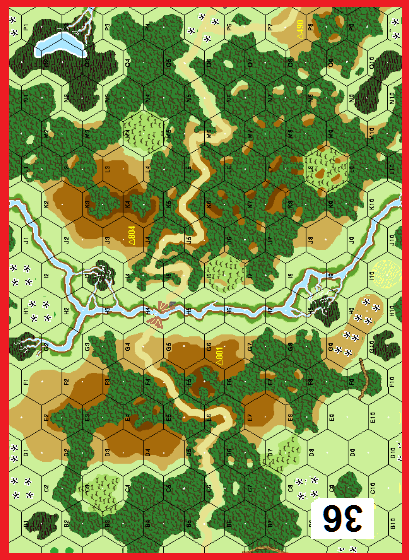