The 17th Airborne Division parachuted onto the north shore of the Rhine River as part of Operation Varsity. The 513th Parachute Infantry was given the mission of seizing the ground along the railway northwest of Wesel. Company E was marching southeast along the railway when it came under fire from a group of buildings, the largest of which was a headquarters site. After advancing on 50 yeards, a platoon making a frontal assault was pinned down by intense fire from the German HQ. The rest of Company E reached a point about 250 yards from the enemy but was unable to make much progress against the position manned by a powerful force of Germans with rifles, machineguns and four field pieces. PFC Stuart Stryker with the lead platoon, exhorted the men to get to their feet and follow him. Inspired they rushed after him in a desperate charge through an increased hail of bullets.
Attacker: American (Co. E, 513th Parachute Infantry Regt, 17th Airborne Division)
Defender: German (Elements 84th Infantry Division) 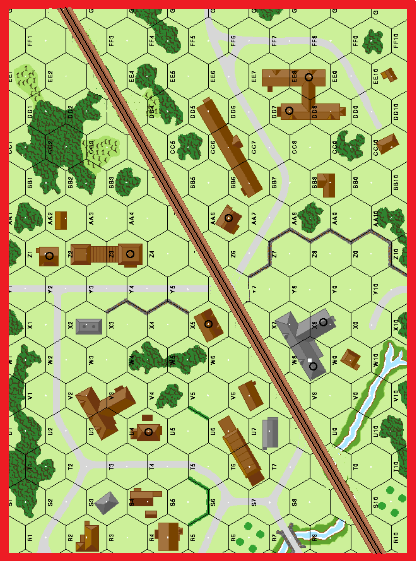 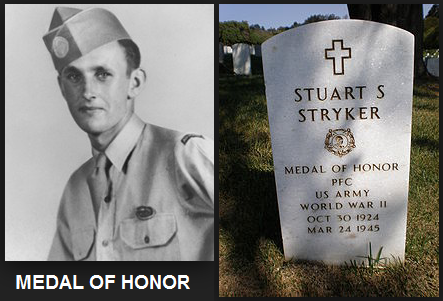 His fearless charge rallied his pinned down company resulting in the taking of the buildings and 200 prisoners.