"Hell's Corner" - Firmly reinforced by the arrival of the Tokyo Express and determined to take Henderson Field, once again the Japanese command assembled a general offensive with the 2nd Division at the end of October. To the west of the vast airport defense perimeter, a force led by Major-General Sumiyoshi with significant artillery concentrated at the mouth of the Matanikau River, whose eastern bank was held by the 1st Marine Regiment. Starting October 20, the Japanese tested the American defenses with a succession of attacks led by Chi-Ha tanks. At 1800 hours of the 23rd, Sumiyoshi’s artillery began a prolonged bombardment of the American perimeter and the coastal road to the rear before the assault began. The bombardment hardly over, a column of 9 Japanese tanks tried crossing the sand banks, followed by the bulk of the infantry.
Attacker: Japanese (4th Infantry Regiment/1st Independent Tank Company)
Defender: American (USMC) (3rd Battalion, 1st Marine Regiment/1st Navy SW Battalion) 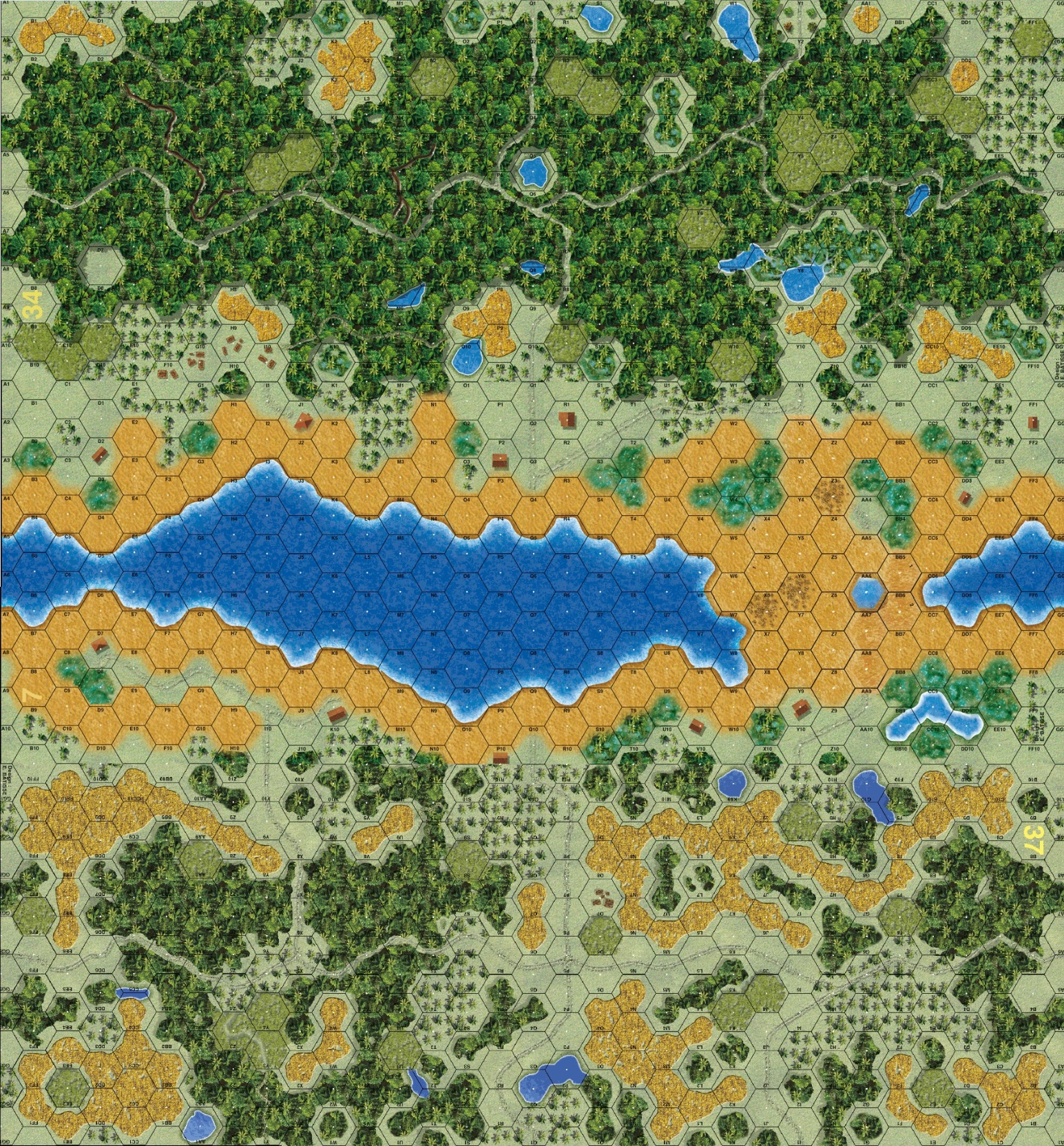 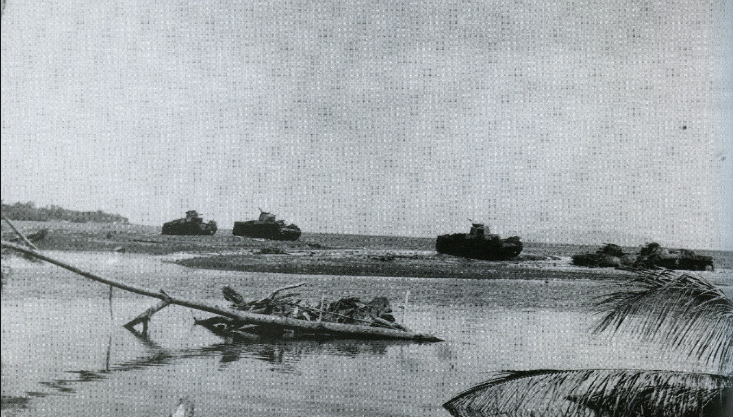 WRECKAGE ON THE MATANIKAU SAND BAR