In the Comet tank, 11th Armoured Division at last had a worthy mount to oppose the enemy, but by this time German armour was rarely encountered. The greater danger was from hand-held hollow charge weapons, at a time when the infantry to oppose these was in short supply. From Christmas 1944 the 75th Anti Tank Regiment was unhorsed to meet the new threat. The towed 17 pounder batteries became lorried infantry. The self propelled batteries changed ammunition loads in keeping with an assault gun role, and troop commanders received American Locust light tanks in place of their vulnerable Bren carriers. The unit soon became known as “Todforce”, after Lt. Col. Fred Tod. On Easter Sunday 1945, as elements of the division crossed the Dortmund-Ems Canal near Birgte, the Inns of Court with their lumbering Staghounds ranged forward to locate the enemy. Todforce followed, ready to deal with anything from conscript infantry and anti-aircraft guns to the occasional armoured vehicle.
Attacker: British (Elements of 11th Armoured Division and Batteries 118 and 119 75th Anti-Tank Regiment)
Defender: German (Home Defense Volkssturm and Anti-Aircraft Troops) 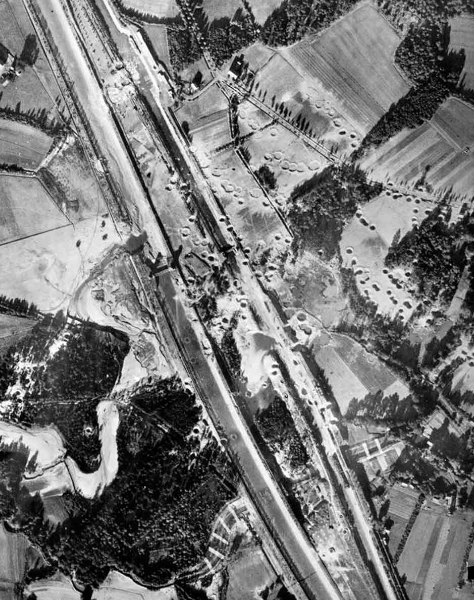 Reconnaissance aerial showing a damaged section of the Dortmund-Ems canal 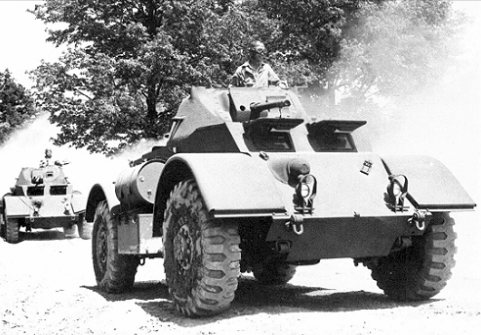