Upon learning of Italy's surrender, Hitler immediately implemented Operation Alaric: the disarming of Italian troops and the occupation of Italy. The 3rd PanzerGranadier Division, located north of Rome, was ordered to quickly occupy Rome and neutralize any Italian resistance. A Kampfgruppe was quickly dispatched south along the old Cassius road to Rome. At Monterosi, the Germans come upon a platoon of sappers under Sottotenente Rossi of the Ariete Division, hastily mining a roadblock a few hundreds meters ahead of an Italian fortified position. The Germans gave Rossi 15 minutes to dismantle the roadblock. After ordering his men back to the safety of the main Italian positions (except for four volunteers who remained behind with him), Rossi set explosives charges. As the Germans moved forward under the cover of tank and machine gun fire, Rossi lit the fuses attached to mines and explosives set inside two trucks blocking the road. The explosion killed Rossi and the four volunteers, destroying vehicles and killing a number of German troops and stunning the rest of the column. After this unexpected Italian action, unlike the behavior of most Italian troops they had encountered until that point, the panzergranadiers retreated to reorganize. When two hours later the panzergranadiers recommenced their advance, the Italian main position at Monterosi was ready to receive them.
Attacker: German (Elements of Kampfgruppe Kraser, PzGr DIV. 3)
Defender: Italian (Elements of 135th Divisione Corazzata "Ariete II") 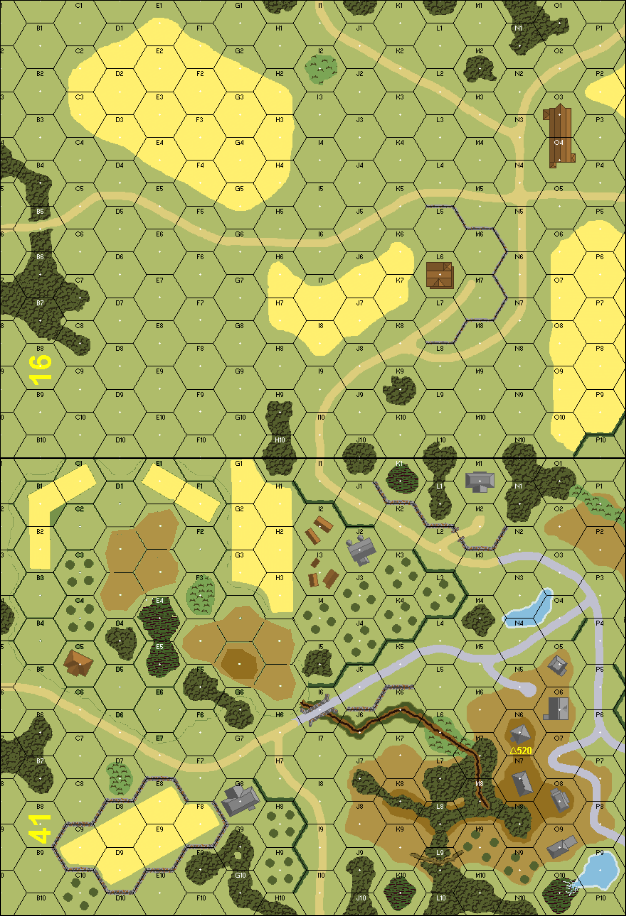