The 1st Battalion of the 117th Infantry Regiment have been assigned to the small crossroad village of St Barthelemy just north of Mortain. As darkness falls a platoon from the 823rd Tank Destroyer Battalion arrives to reinforce the defenses. The night is relatively uneventful, but during the morning hours a thick fog has enveloped the area reducing visibility dramatically. After some delay around Mortain elements of the 2. Panzerdivision and 1. SS-Panzerdivision were now available to attack through St. Barthelemy and continue the thrust on to Avranches
Attacker: German (SS) (Elements of the 1st SS Panzer Division and 2nd Panzergrenadier Regiment and 3rd Panzer Regiment, 2nd Panzer Division)
Defender: American (Remnants of 'A' and 'C' Companies, 1/117th Infantry and of 823rd Tank Destroyer Battalion, 30th Infantry Division) 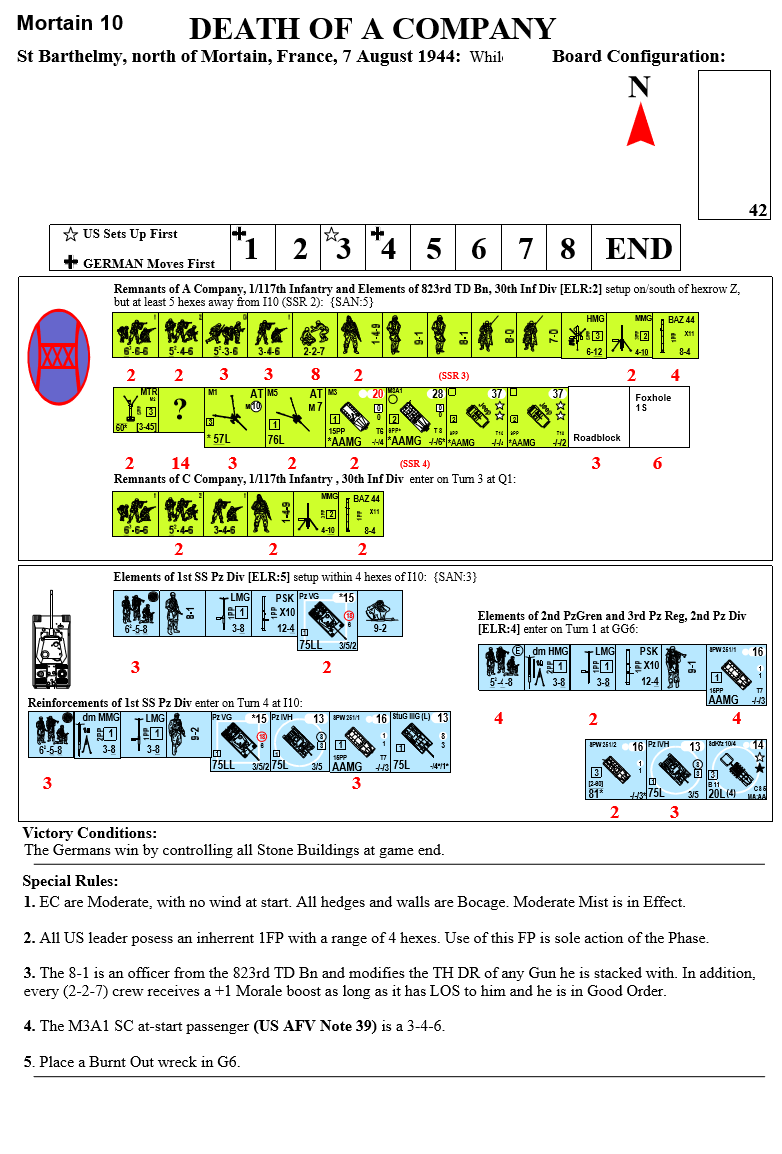 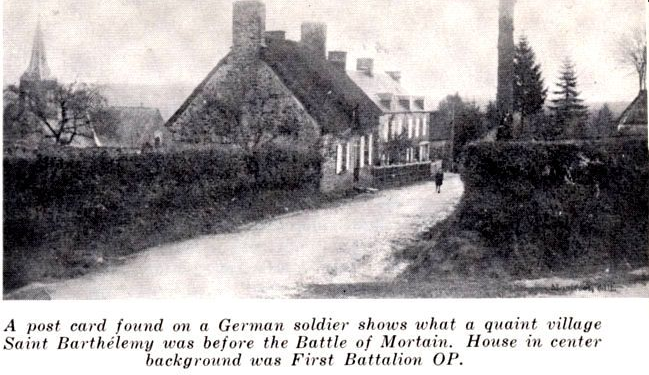