G.I.s from the U.S. 87th Division upon clearing some woods discovered two panzers sheltering behind a farmhouse at a crossroads. A bazooka team took a shot at one of the panzers but hit the corner of the farmhouse; the second bazooka would not fire as the extreme cold had weakened its batteries. The order to fall back turned into a headlong retreat as the Germans placed withering fire on the G.I.s. Later in the day, four Shermans from the 761st Tank Battalion arrived to lend support for a new attack back into the woods. This time the Germans were alert and waiting.
Attacker: American (Elements of Company C, 1st Battalion, 347th RCT, 87th Division with attached armor of the 761st Tank Battalion)
Defender: German (Elements of Panzergrenadier Regiment 902, Panzer Lehr Division) 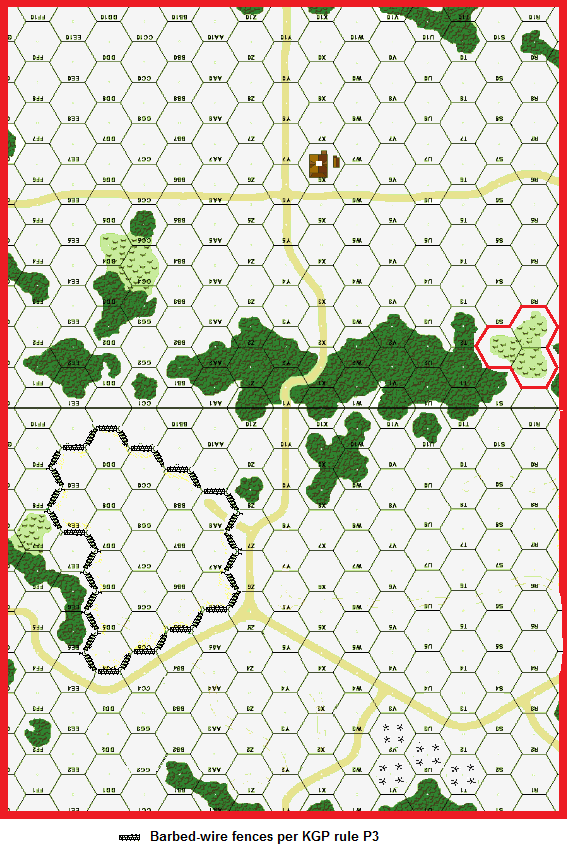