When it became apparent to the men of Abrams' Team B that they faced a much more daunting task than anticipated, the only real option open to them was to consolidate their gains and await the arrival of Combat Command B. Having taken control of much of the eastern and central portions of the town, the primary goal now became to push the Germans out of the western edge of Singling. Bazooka teams were sent in to hunt down and kill the assault guns which dominated the main road from the west. But a sudden and intense German artillery barrage on the center of town forced much of the American armor to pull back, leaving the infantry unsupported. German tanks were spotted on the ridge north of Singling massing foe a counterattack. Sgt. Robert Fitzgerald, with his 76mm-armed Sherman, was ordered to take up position to guard against any attack down the eastern road.
Attacker: German (Abteilung I, Panzergrenadier-Regiment 111)
Defender: American (B Co., 51st Armored Inf. Batt. and B Co., 37th Tank Batt.) 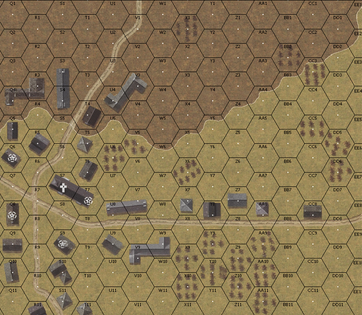 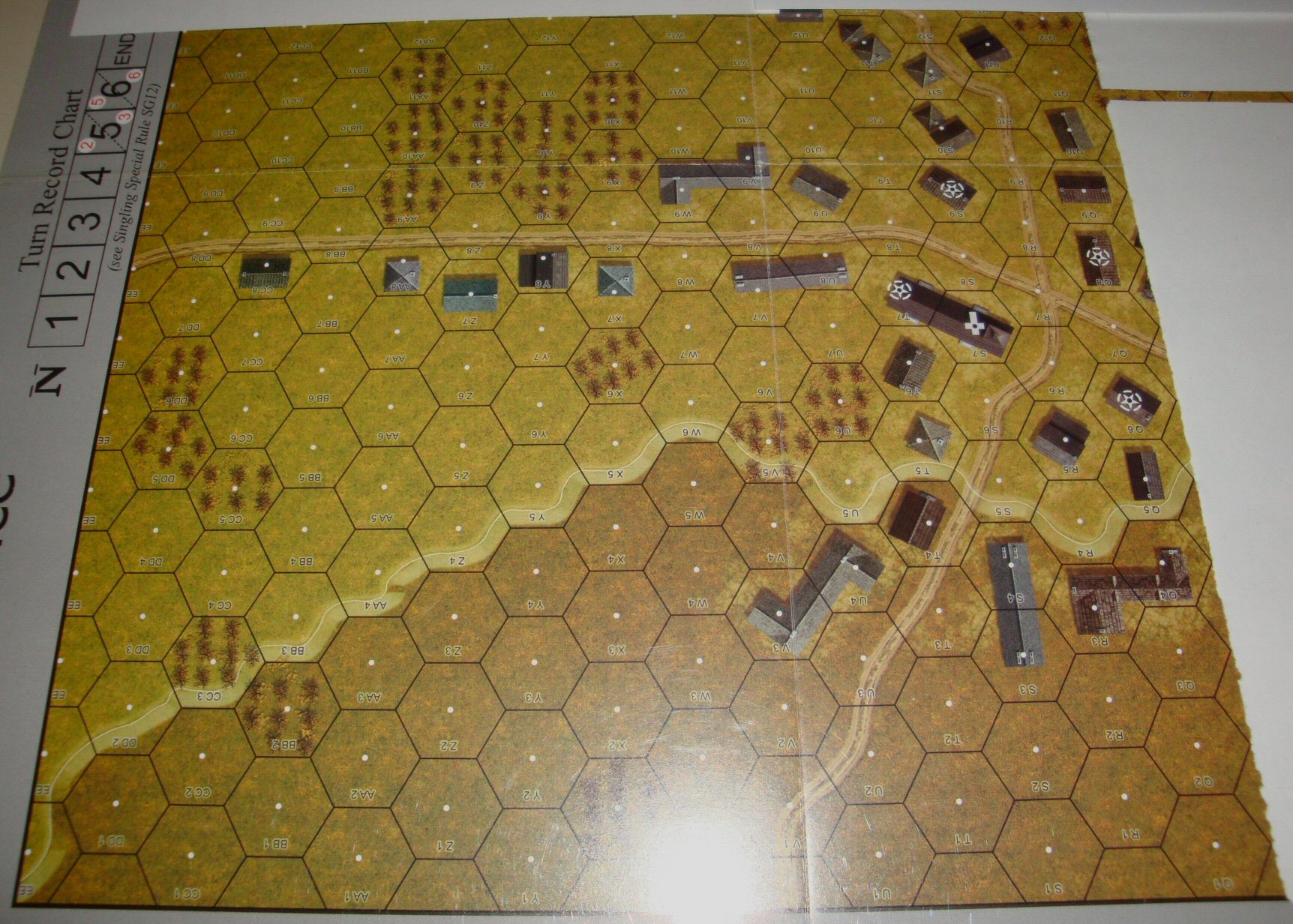 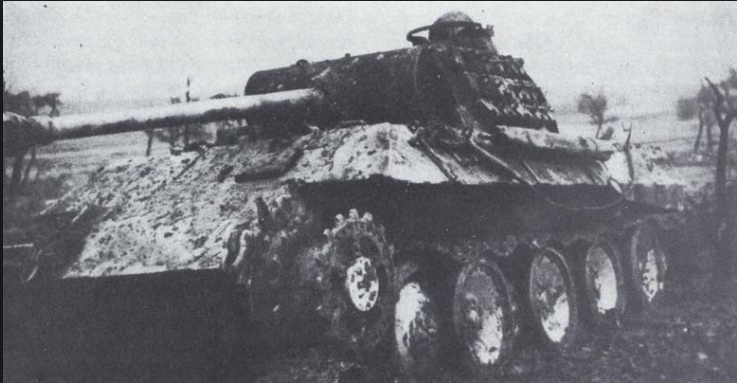