See CH "Room with a View" from Rout Pak III. . . . .By 10 December, the Finns were scrambling to block the rapid advance of the Soviet 139th Division in the Tolvajarvi sector. This near-breakthrough threatened by the Soviets and their unopposed tanks was finally stopped by judicious counterattacks. Of particular value was a night raid by part of the recently-arrived 16th Regiment, personally led by Major Pajari, which wiped out a Soviet company without a single Finn casualty. After some further tentative assaults by the Soviets were stopped, the Finns turned to the offensive. Unfortunately, the Soviets had captured one of the key pieces of terrain in the area, a large tourist hotel built on high ground on the Hivosalmi peninsula, where it had a commanding view of the surrounding lakes and hills. The only road crossing the lakes ran right past the hotel. The Soviet regimental commander had chosen this imposing log and granite structure as his command post, and it was loopholed, sandbagged and surrounded by rifle pits. Pajari planned to swing down on the defenses around the hotel with flanking attacks to the north and south, before committing to a frontal assault...
Attacker: Finnish (2nd Bn, 16th Inf Regt and 10th Ind Bn)
Defender: Russian (619th Regt, 139th Division) 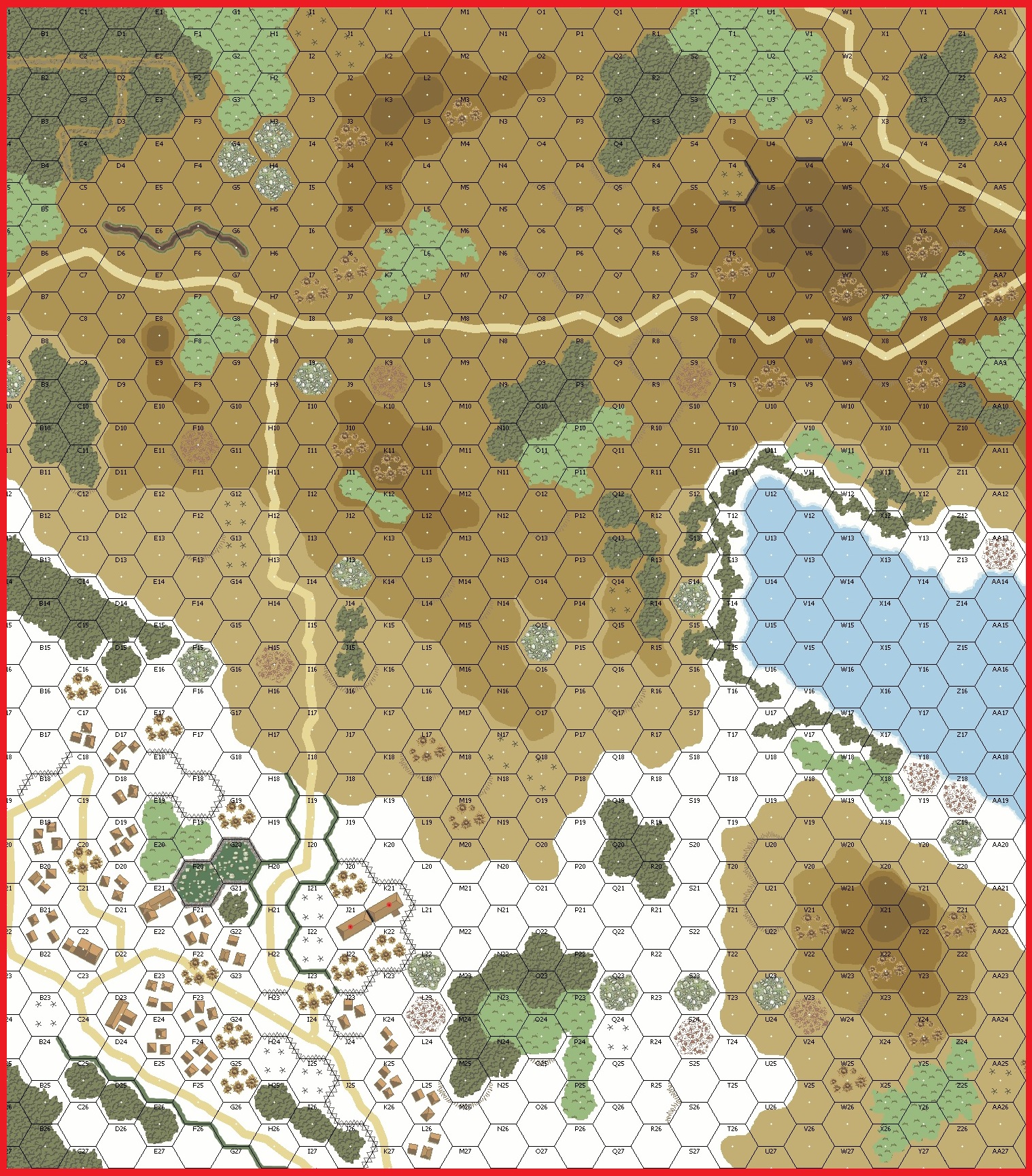