Even though the Japanese attacks along the Ilu River had been repelled, the Ichiki Detachment still posed a threat and under no circumstances could it be allowed to remain in its present position. As a result the sole Division reserve, Lt. Colonel Leonard Creswell's 1st Battalion, 1st Marines, was ordered to cross the Ilu River inland and swing around the flank of the Japanese, enveloping and destroying the Ichiki Detachment. from the west, a platoon of tanks would cross the sandbar and attack also.
Attacker: American (USMC) (Elements of G and H Companies, 2/1 Marines and 1st Special Weapons Battalion)
Defender: Japanese (Remnants of the 'Ichiki' Detachment (2nd Bn, 28th Infantry Regt and 1st Company, 7th Engineer Construction Regt)) 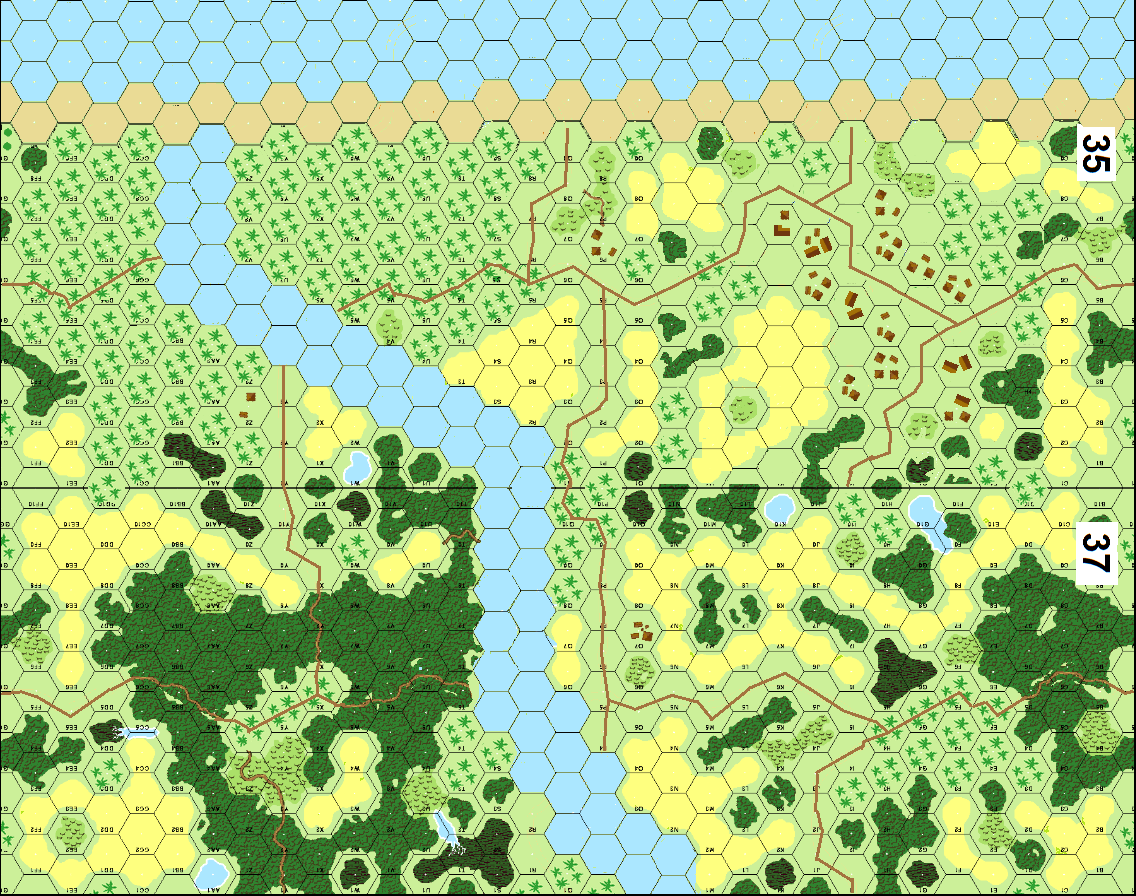