Only rarely did the Fuhrer allow attempts to relieve “fortified positions” cut off during the retreats of 1944. On one such occasion Hitler allowed the relief of troops trapped in Vilno. The 6 Panzer Division, after brushing aside weak resistance, raced towards the beleaguered troops. Opposition stiffened around the Neris Creek, where locally recruited partisans attempted to stop the Germans. The 1 Battalion of the 114 Panzer-Grenadier Regiment was ordered to clear a path. As they advanced, anti-tank fire raked the halftracks.
Attacker: German (Elements of 114 Panzer Grenadier Regiment, 6 Panzer Division)
Defender: Partisan (Elements of Polish resistance groups) 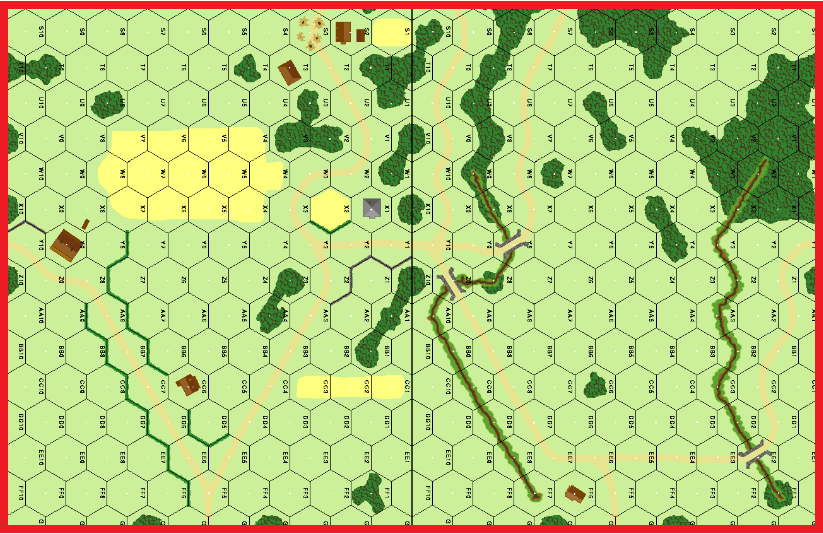 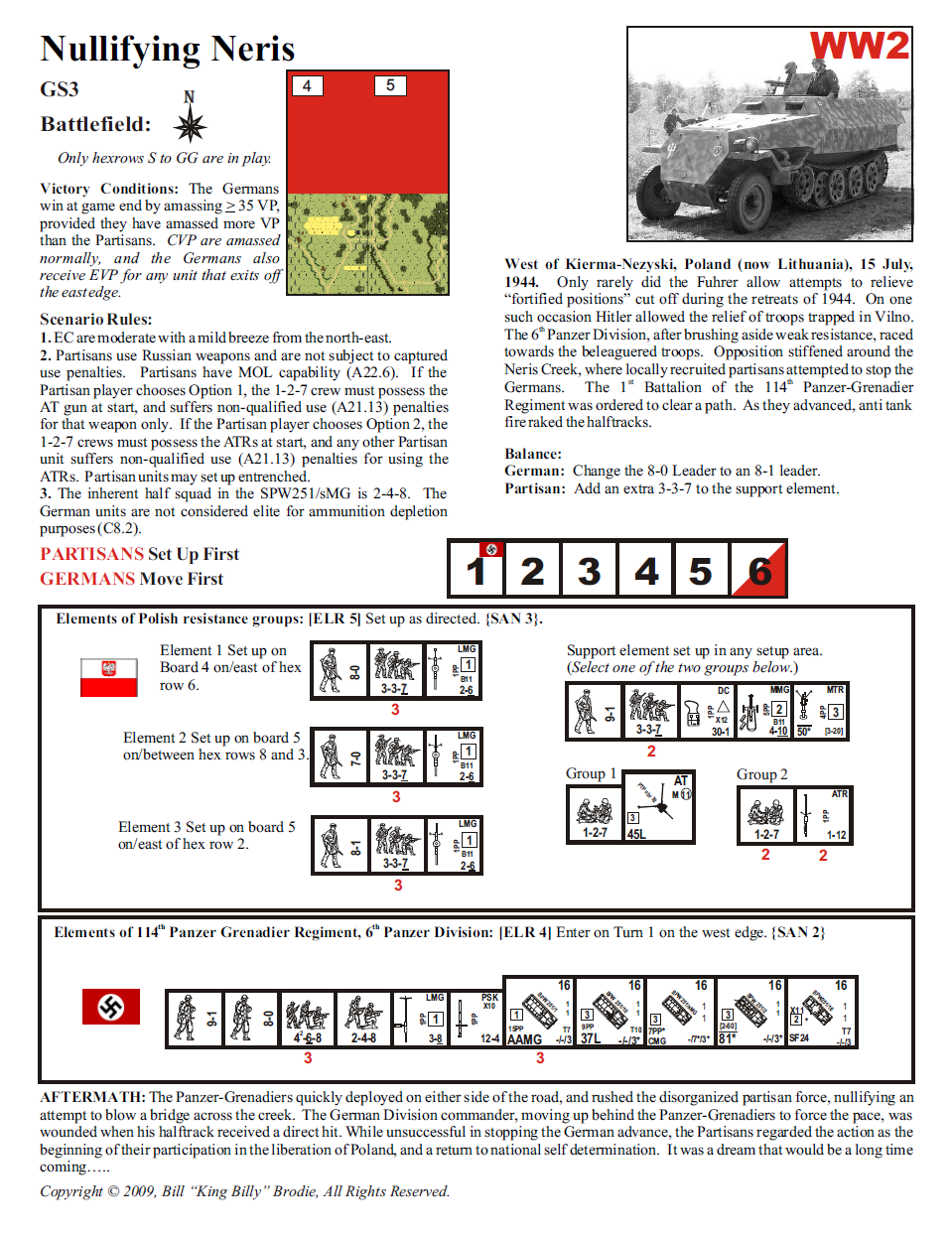