Just after 0100 hours on the morning of 2 November, the 2nd New Zealand Division spearheaded Operation Supercharge, the drive to break through Rommel’s heavily built-up defensive line fronting the Rahman track. Kiwi infantrymen moved up through enemy minefields behind an enormous coordinated barrage, then settled in to watch the 9th Armoured Brigade roll through to smash an opening for following units. The plan was moving along as planned, albeit somewhat behind schedule. The 9th charged forward into the gloom, their new American-made tanks smashing dozens of guns and killing their crews. The cost was high, though, as German gunners ruined many British tanks before being overrun. Pushing on, Major Dawes’ ”C” Squadron, 10th Hussars, dashed right across the track, heading for the crucial Aqqagir Ridge beyond as the first hint of dawn began to light the eastern sky. In seconds the battlefield was transformed as German “88”s and 75mm anti-tank guns fired from the ridge.
Attacker: British (Elements of "C" Company, 10th Hussars, 9th Armoured Brigade)
Defender: German (Elements of the 21st Panzer Division and the 33rd AT Battalion) 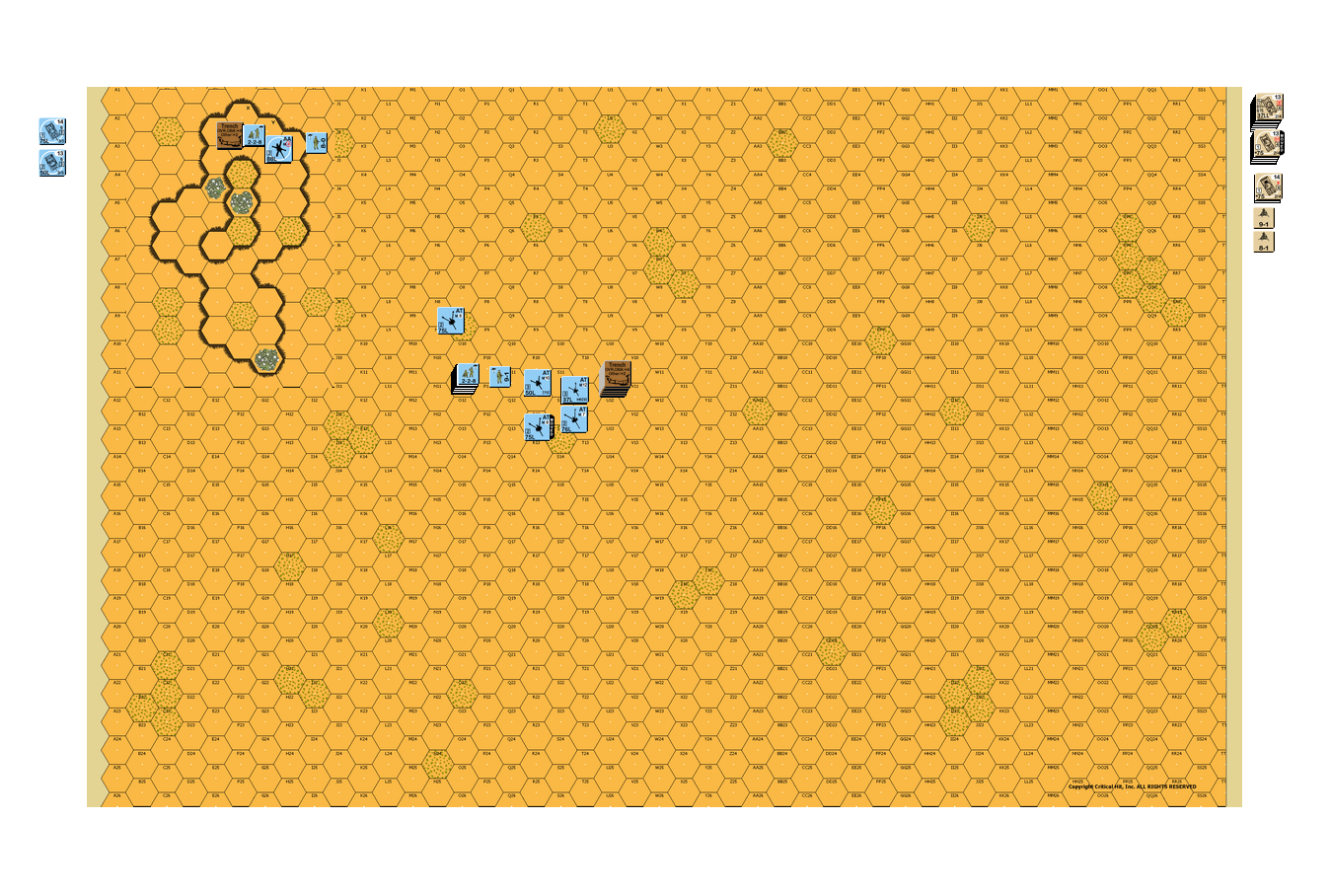 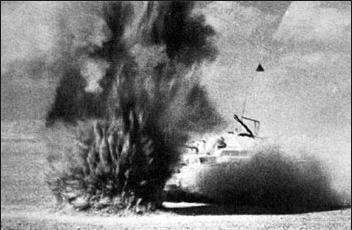 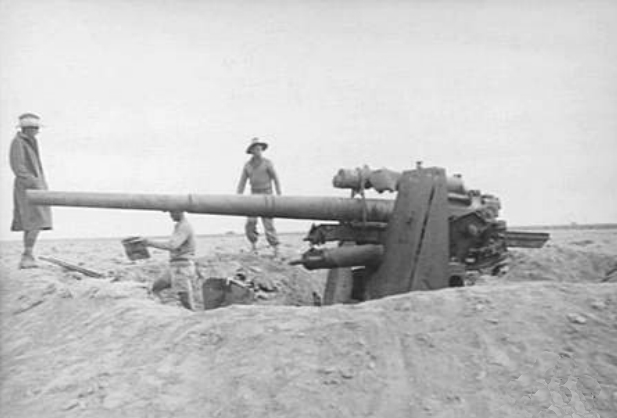