Early in the morning of 4 January, Love Company was ordered to move from the wooded heights above Rosteig to Wingen, and tasked to deal with an enemy of unknown size and composition there. By dusk, Love Company had singularly penetrated deep into Wingen, had sent a force around the left flank of the village and in a costly attack, drove the Germans back from any further gains. The American attack included a successful bayonet attack on the right flank of the village. As darkness closed in, contact was lost with the platoon in Wingen proper. That platoon held out all night in the center of town and regained contact the following day. The remnants of Love Company, and a unit of heavy machine-guns from Mike Company, were forced to consolidate and set up a perimeter defense to protect their gains.
Attacker: American (Elements of Companies L and M, 3rd Battalion, 276th Regiment, 70th Infantry Division)
Defender: German (SS) (Elements of 2nd and 3rd Companies, 12th SS Gebirgsjager Regiment, 6th SS Gebirgsjager Division) 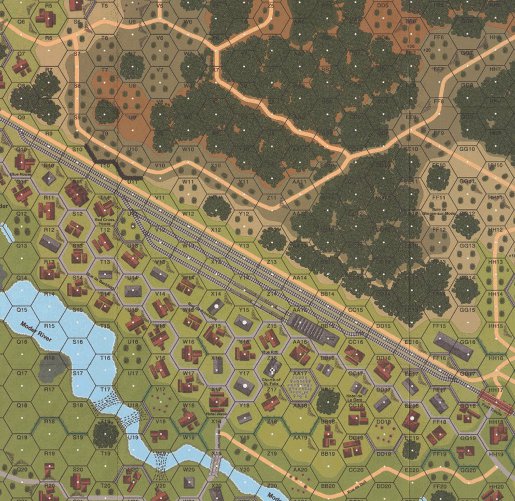 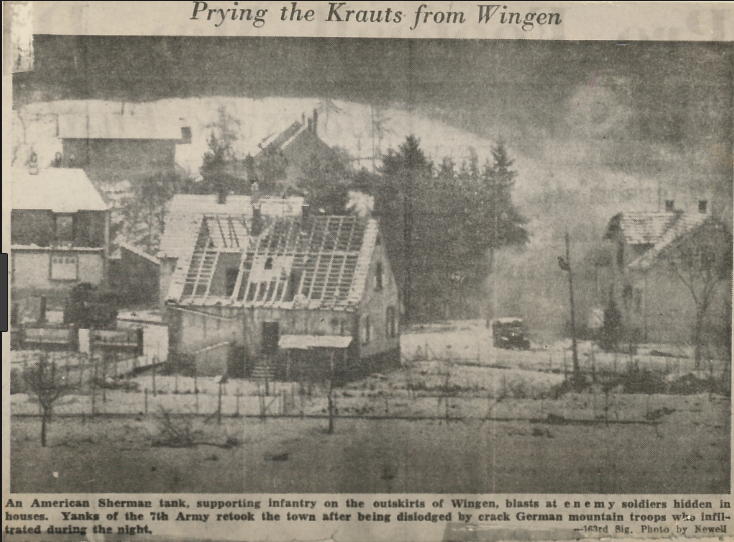