On the morning of 29 November, the 530 strong battalion boarded 44 transport aircraft and took off, bound for Oudna. Because there had been insufficient time to conduct an aerial reconnaissance of the airfield, Lieutenant Colonel Frost was forced to choose a landing zone for the battalion from his position in the lead aircraft, fortunately locating a clear, open space near the airfield. By 11:00 on 30 November the battalion had reached a position that allowed it to overlook the Oudna airfield, and at 14:30 it began to advance and reached the airfield, only to find that it, too, had been abandoned. The battalion was then counter attacked by a number of German tanks supported by fighters and Stuka divebombers. The Germans were repelled, but at dusk Frost pulled the battalion back westwards to a more defensible position, hoping to await the arrival of advance units from British First Army. The battalion managed to withdraw to higher ground, but suffered a number of casualties from the German armor as it did so. Now positioned on the high ground, which consisted of a ridge crowned by two small hills, the paratroopers were attacked by tanks and infantry supported by heavy mortar fire.
Attacker: German / Italian (Italian Superga Division, Fallschirmjaeger-Regiment 5 and 10th Panzer Division)
Defender: British (2nd Parachute Battalion, 1st Airborne Division) 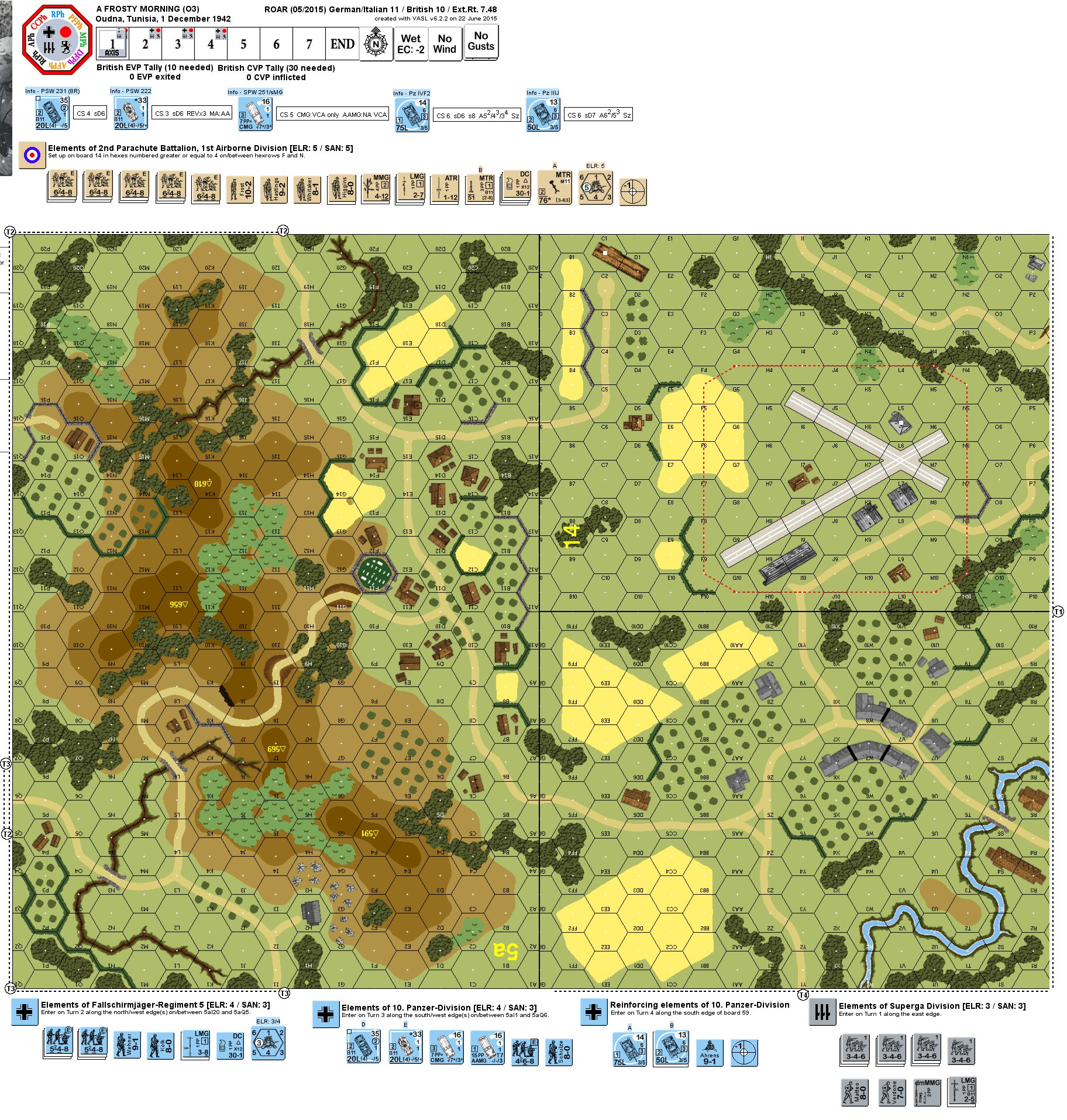