In the early hours of May 13, Rommel pushed units of his Panzer-Division 7 across the Meuse River in the vicinity of Dinant, where they clung to a shaky foothold. While infantry were able to cross on boats, Rommel's tanks would have to cross on a ferry until a bridge could be built. That evening, under cover of darkness, Schutzen-Regiment 7 succeeded in reaching Onhaye where it overran several French positions. The next morning Rommel received a wireless transmission which proclaimed Schutzen-Regiment 7 was "encircled". Rommel, fearing for the safety of his tenuous foothold, ordered Panzer-Regiment 25 to take every available tank and race to their aid.
Attacker: German (Schutzen-Regiment 7, Panzer-Division 7, and Panzer-Regiment 25)
Defender: French (4e Division d'Infanterie Nord-Africaine and Iere Division Legere de Cavalerie) 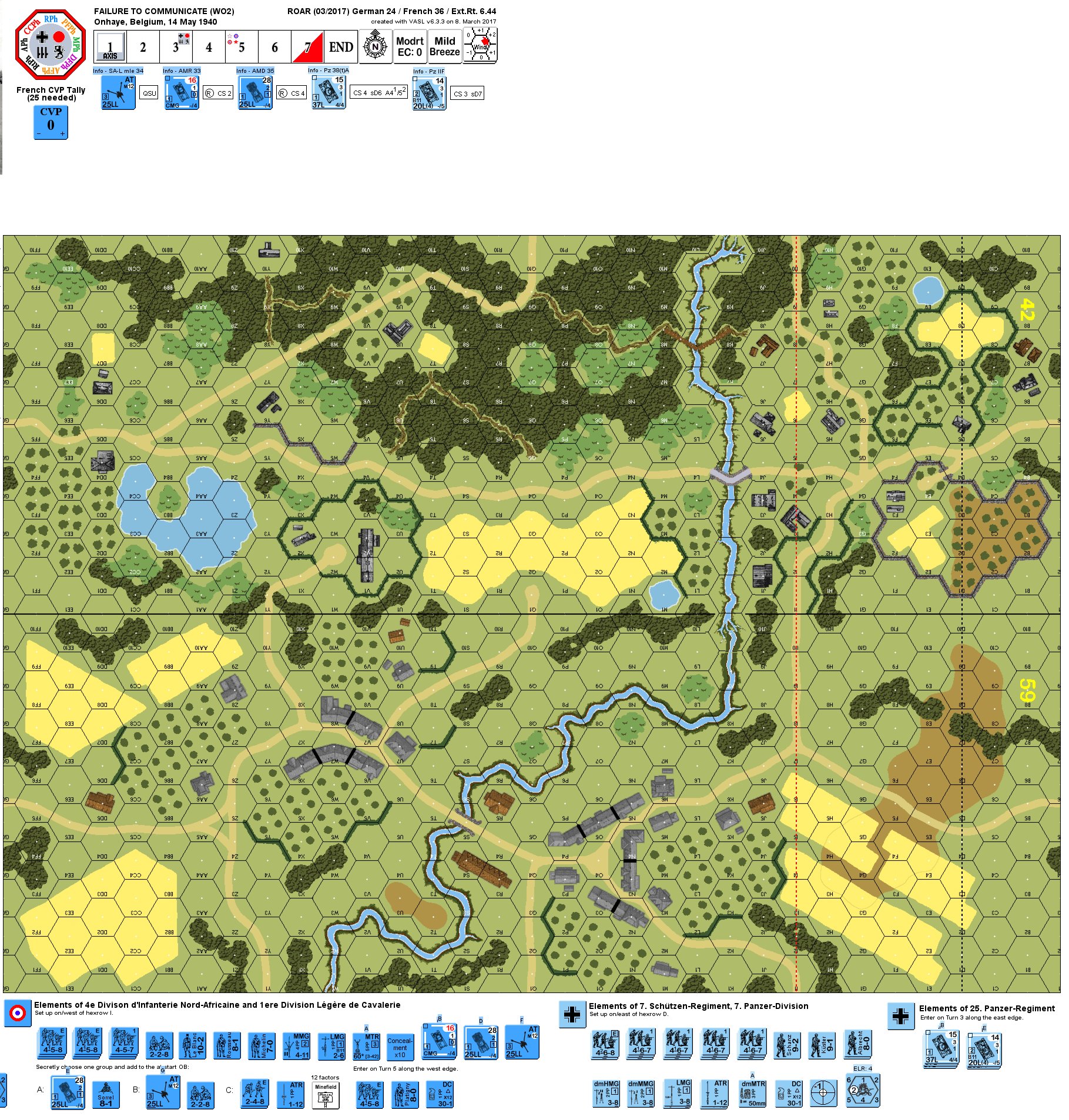 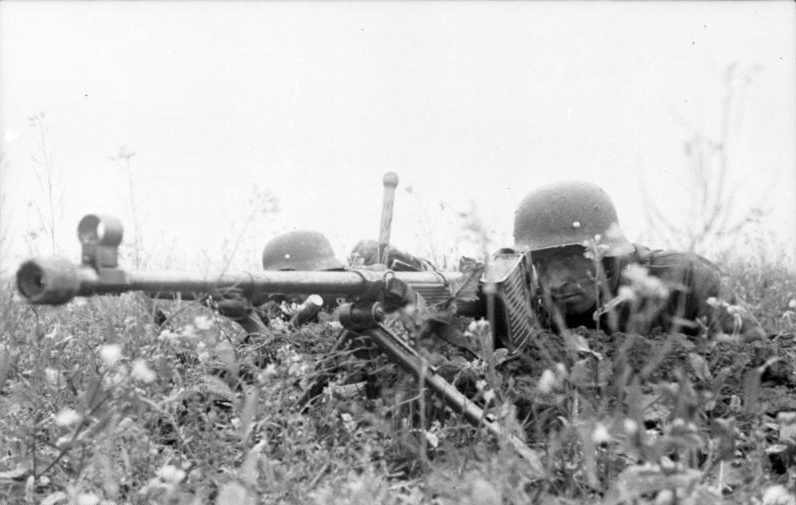