Clark Field would not be entirely secure as long as the Japanese maintained artillery in the surrounding Zambales Mountains. One of the more ominous peaks was a grassy 1000-foot height known as 'Top of the World'. From here, the Kembu Group could, and would, shell Clark Field at will. The mountain was situated in the sector facing the 129th Infantry Regiment of the'Buckeye'37th Division. It would be up to General Beightler's Ohioans to wrest this strong-hold from the enemy. Although a National Guard unit before the war, by the Luzon campaign the 37th Infantry was one of the most experienced Army divisions in the PTO. Veterans of New Georgia and Bougainville, the 'Buckeyes' would fight their most extensive battle in the Clark Field - Manila area. Maneuvering cautiously up the grassy slopes of 'Top of the World', the 37th soldiers began taking fire from Japanese AA guns and mortars. The grenade became the weapon of choice as the GI's moved closer, with deadly exchanges often resembling games of 'catch'. By 1500, however, enemy guns were silenced. Only the heavy artillery, secreted deeper in the Zambales Mountains, could now threaten Clark Field.
Attacker: American (1st Battalion, 129th Infantry Regiment, 37th Division)
Defender: Japanese (Eguchi Detachment) 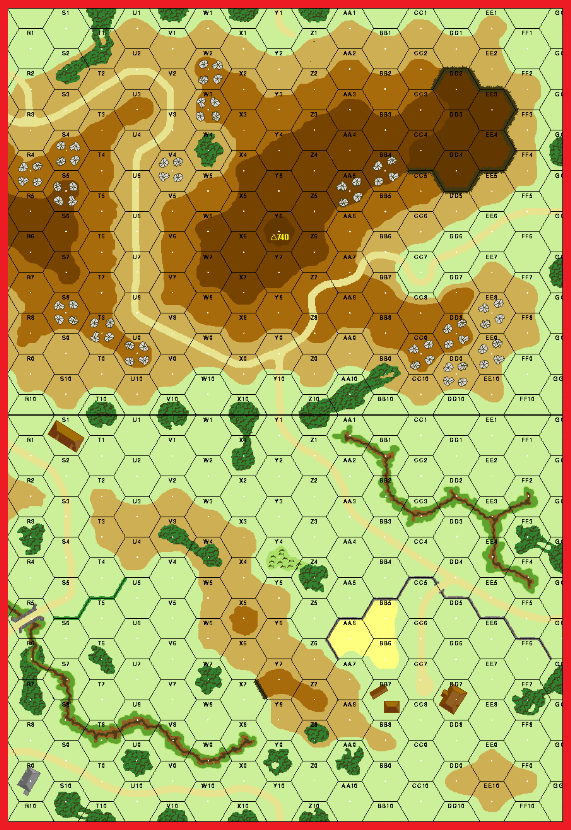