Late September found the 13th Guards Rifle Division still clinging stubbornly to a narrow section of the riverbank in downtown Stalingrad. The Germans had shifted their main effort north to the factory district, and the battle for the center of the city had quieted down. As a result, the emphasis of the fighting was more on localized small unit actions. One such action saw the Russians attempt to capture one of the key German strongpoints that towered over the riverbank, the Specialist's House. The Russians dispatched a lightly-armed "Storm Group" of 50 men from the 13th Guards Division to seize the building in a nighttime assault. The attack turned into a nightmare as the Guardsmen broke into the well-fortified Specialist's House, where they ran into captured Russian tanks which were dug-in inside the building.
Attacker: Russian (Storm Group of 42nd Guards Regiment, 13th Guards Rifle Division)
Defender: German (Infanterie-Regiment 194, Infanterie-Division 71) 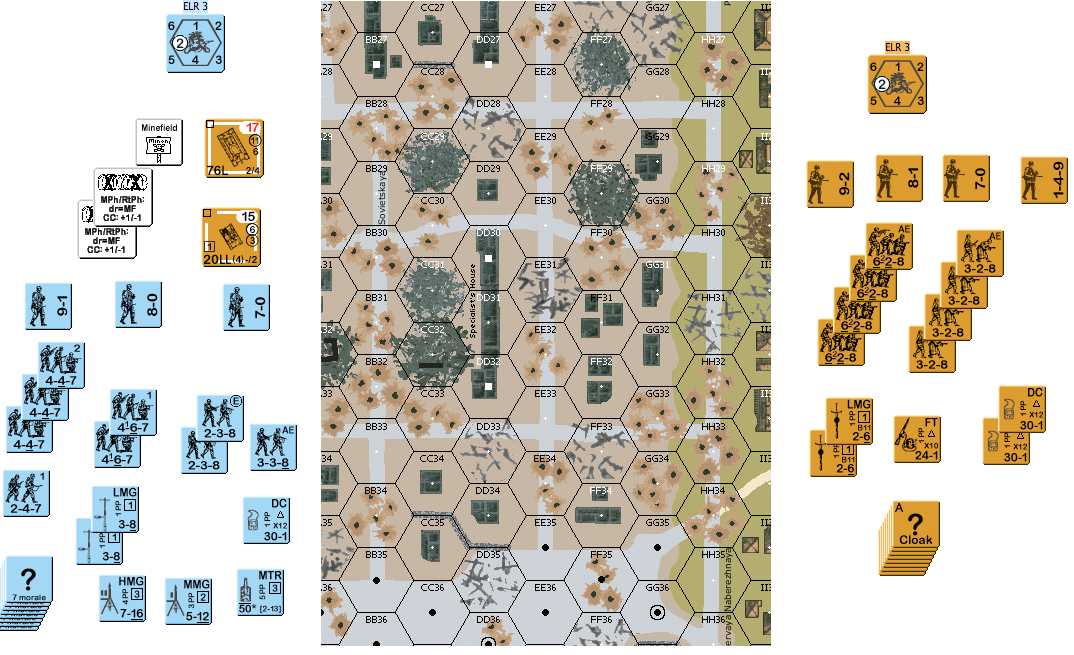 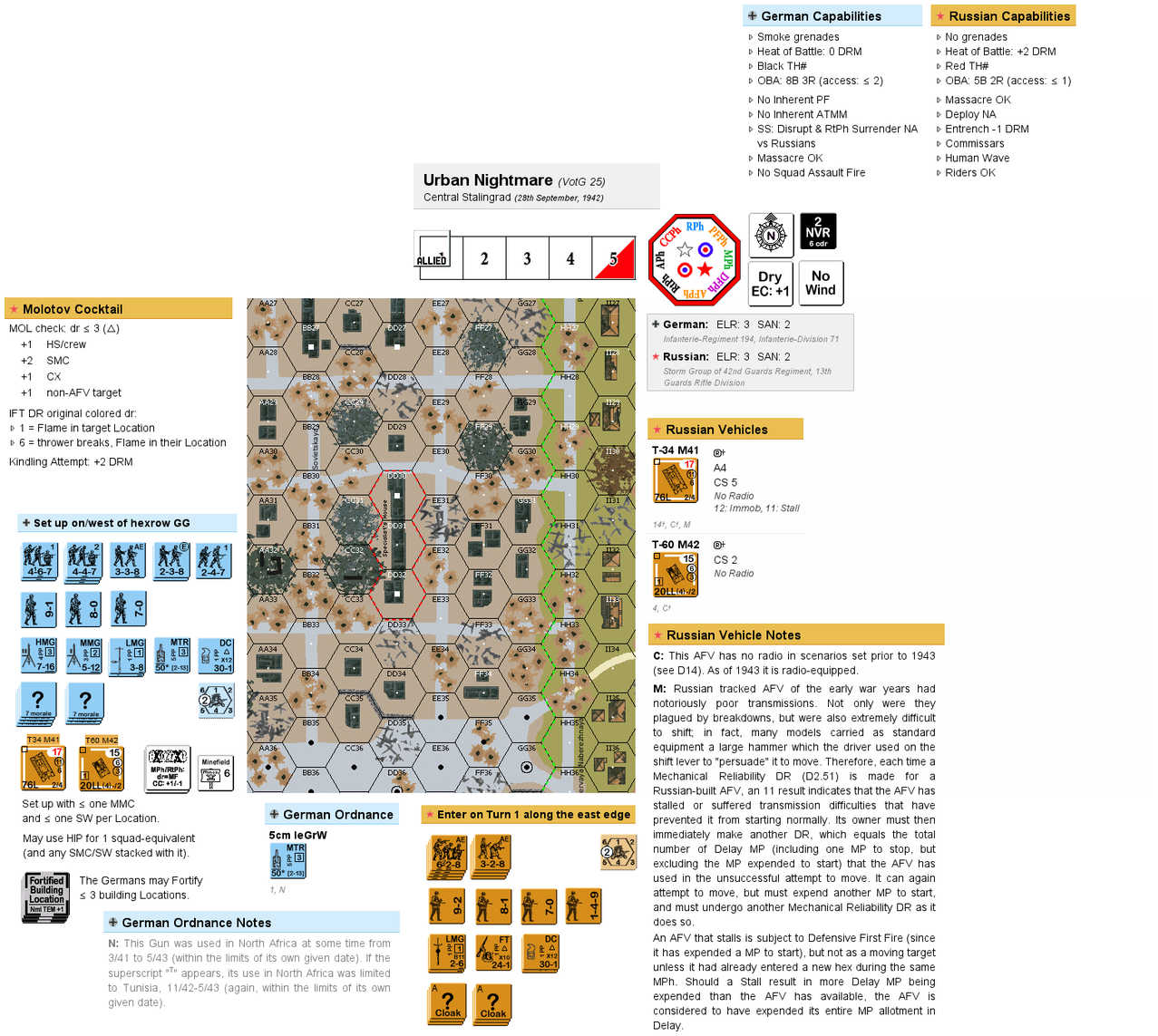