Mize was ordered to attack Werpin by way of Melines in the aim of making contact with the trapped Task Force Hogan. At the same time, an attack along the main Soy-Hotton road was to be made by a strong force from Task Force Richardson. Mize didn't have any choice in his approach route. He had to use the windy, narrow and steep dirt road descending directly from the south of Soy to Melines.
Attacker: American (Task Force Taylor, CCA, 3rd Amored Division)
Defender: German (116th Panzer Division) 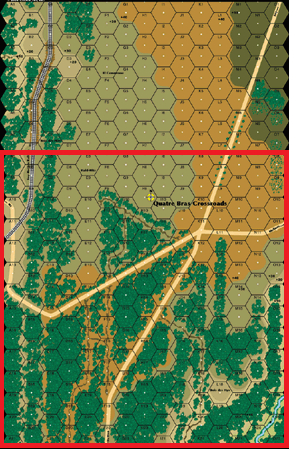