As the situation for the American defenders in Hotton deteriorated to the point of desperation, reinforcement were organized in Soy by pulling paratroopers from their positions at Melines and the Quatre-Bras crossroads. This action, begin while still in contact with the enemy, took some time. By chance, the last German attack had been inconclusive, and the enemy will to fight seemed to be ebbing. At 0400 hours, two platoons of paratroopers departed Soy mounted on five Sherman tanks and riding in trucks. At 0455 hours they dismounted at the northern outskirts of Hotton and charged toward enemy lines with evident elan and determination.
Attacker: American ('A' Company, 517th PIR and the 32nd Tank Regiment, 3rd Armored Division)
Defender: German (560th Volksgrenadier Division) 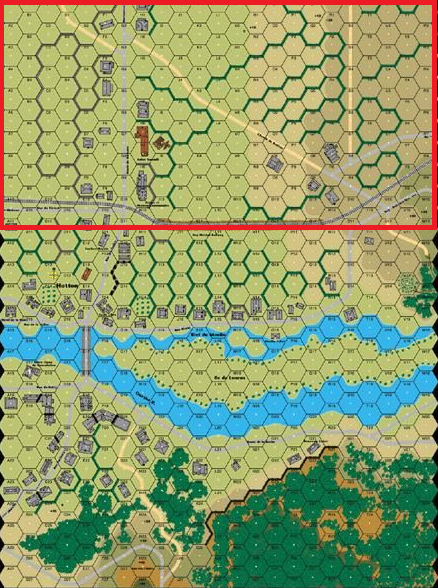