Backed against the Scheldt Estuary, the weakened German 64th Infantry Division faced the entire Canadian Fisrt Army. It was the guns of the 64th which barred shipping from Antwerp. Every day that the 64th held out meant another day of short supplies for the Allies. The Canadian 7th Brigade had, at substantial cost, opened a bridgehead across the Leopold Canal. Now the British 52nd Lowland Division, which had just completed more than 2 years of special training, was brought forward to clear the coastline. The issue was never in doubt, only the time it would take and the price the Germans would exact.
Attacker: British/Canadian (155th Brigade, 52nd (Lowland) Infantry Division and 4th Armoured Division and 9th Brigade, Canadian 3rd Infantry Division)
Defender: German (Grenadier-Regiment 1038 and Artillery-Regiment 164, Infanterie-Division 64/Infantarie-Division 70) 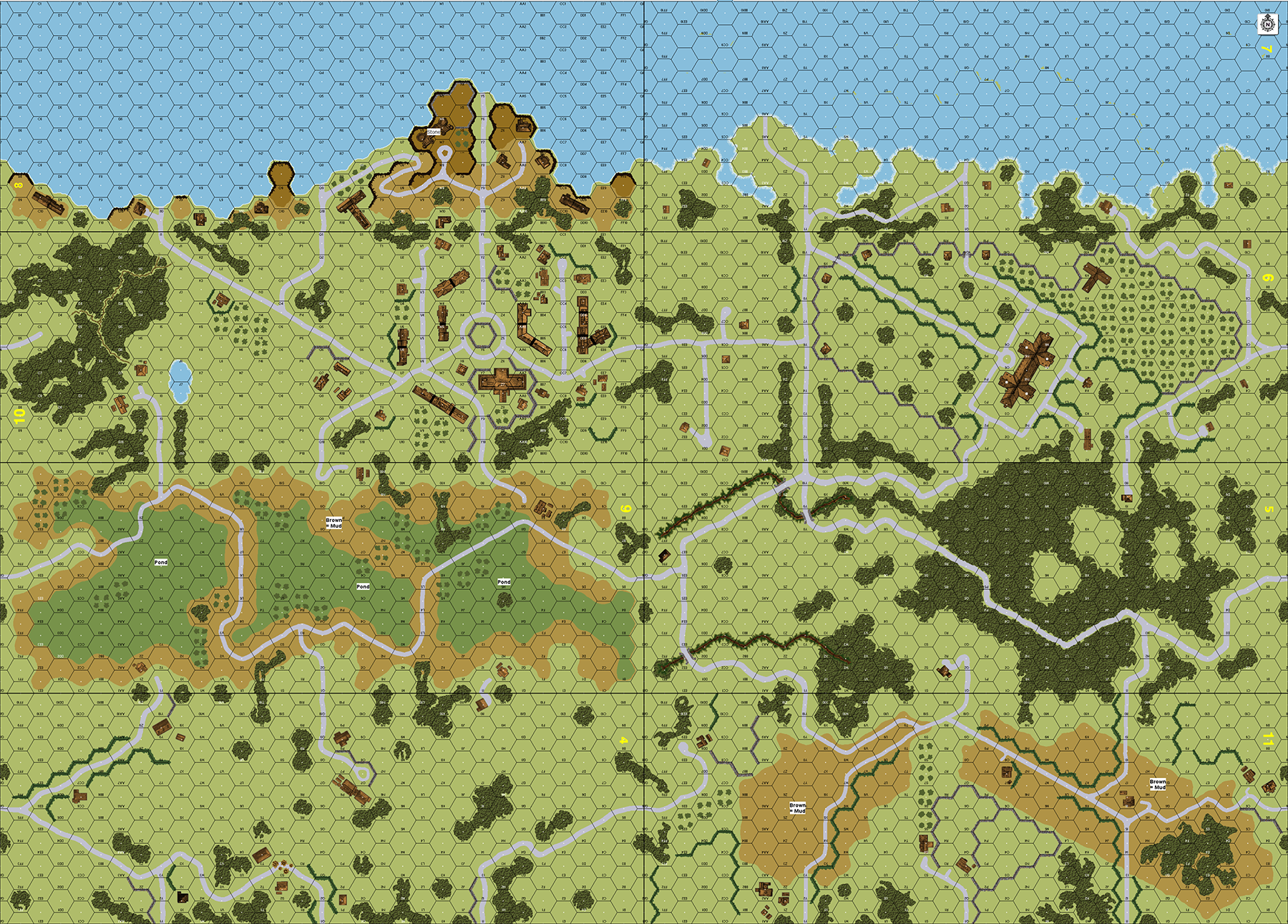