Elements of the 503rd Special Heavy Tank Battalion of the 6th SS Panzer Army were blocking the Muzla road at a small Hungarian village. Oberfeldwebel Brixner and his lone Tiger II were supporting an anti-tank gun detachment of the 3rd SS Totenkopf. Their mission was to hold the Muzla road until nightfall and then fall back with the general German retreat. However, approaching from the east were 10 T-34/85s with mounted riflemen.
Attacker: Russian (233rd Tank Brigade)
Defender: German (SS) (SS Kampfgruppe Brixner) 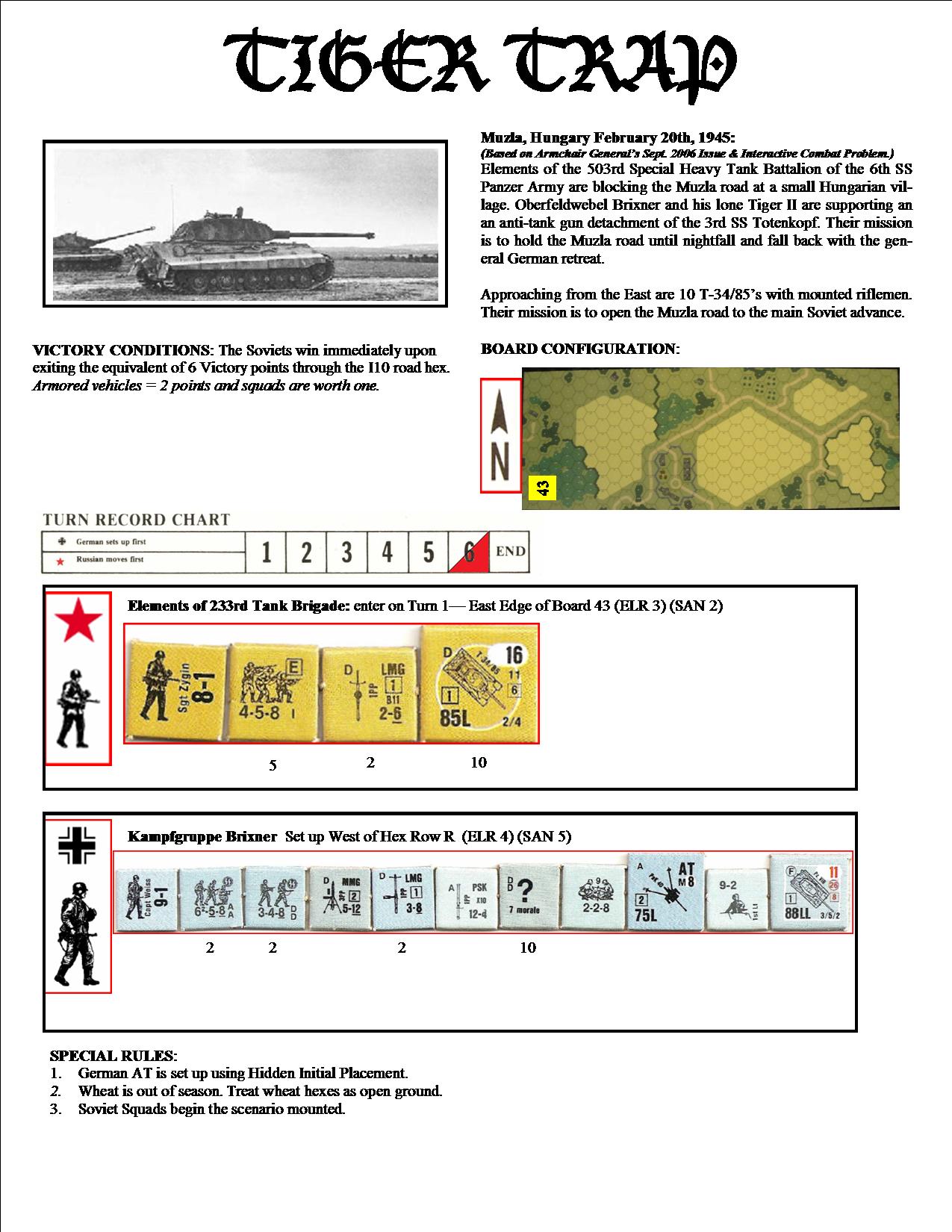