Months of intense combat has left the area around Narva a pitted, wreckage strewn landscape. On the Orphanage and Grenadier Hills, Danish, Estonian, and Flemish volunteers of Sturmbrigade Langemarck held on tenaciously against the blunt force attacks of the Soviet forces. In late July, the Soviet hammer-blows increased in their strength and ferocity. For the SS Volunteers it was becoming increasingly clear that their lines must eventually be breached. But they would not go easily into the dark good night...
Attacker: Russian (109th Rifle Corps)
Defender: German (SS) (Strumbrigade Langemarck) 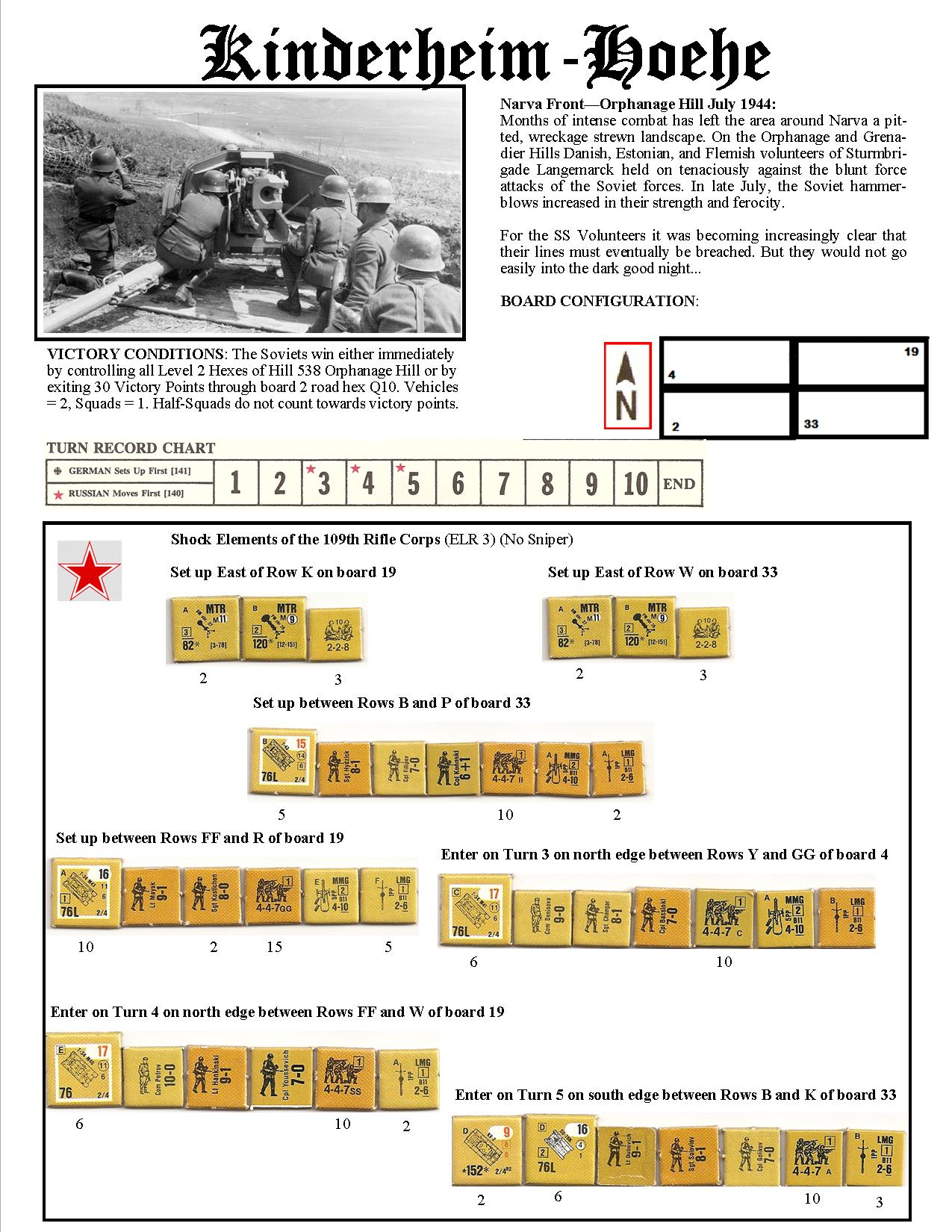 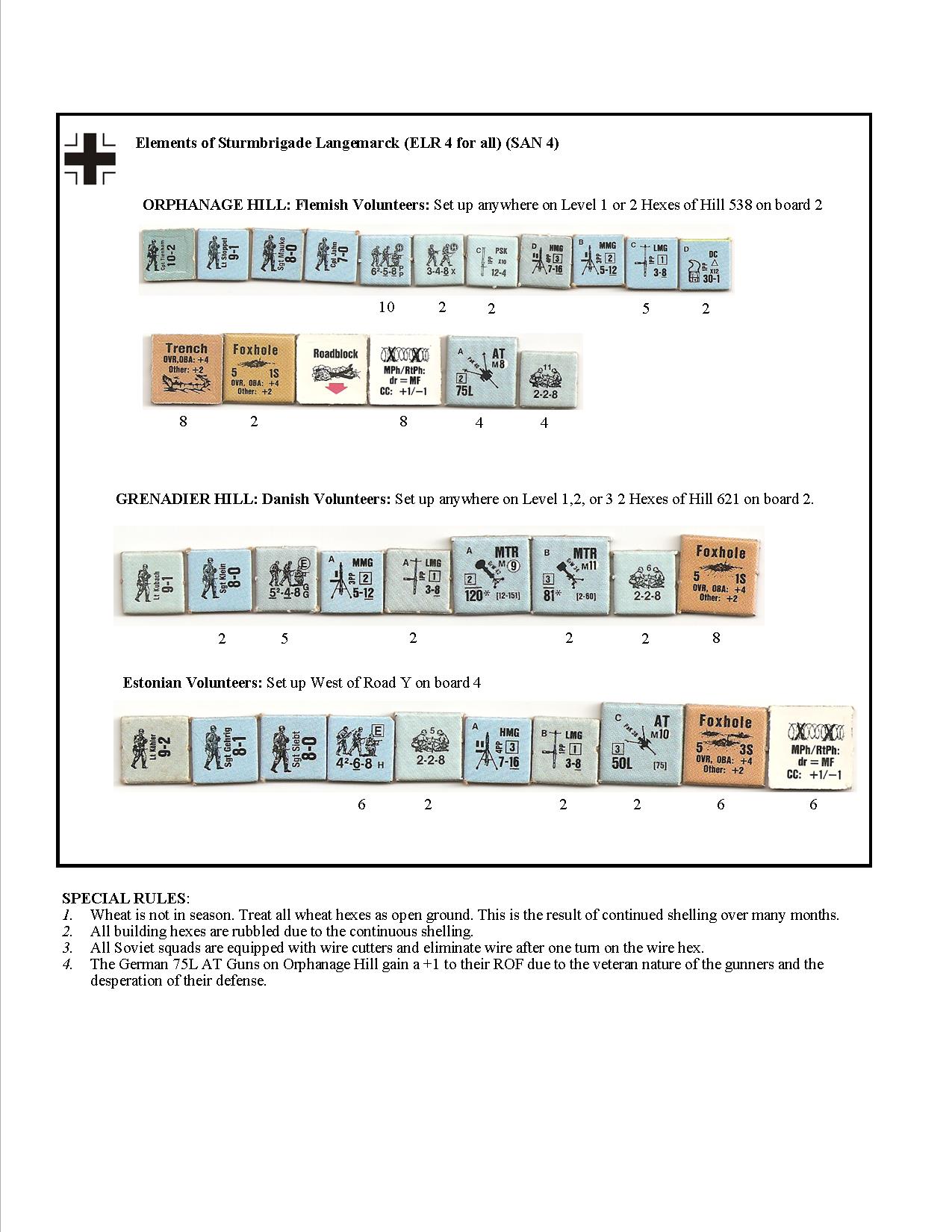