At 2200 hours on June 8th, elements of SS-Panzer Regiment 25, supported by Panthers, drove into the Canadian 7th Brigade at Bretteville L’Orgueilleuse. The Panther of the platoon commander was immobilized by a PIAT in the center of the town. In an effort to rescue their commander, the Germans launched two separate assaults from the west and southwest. . .
Attacker: German (SS) (Elements of SS-Panzer Regiment 25)
Defender: Canadian (Elements of 7th Brigade, 3rd Division) 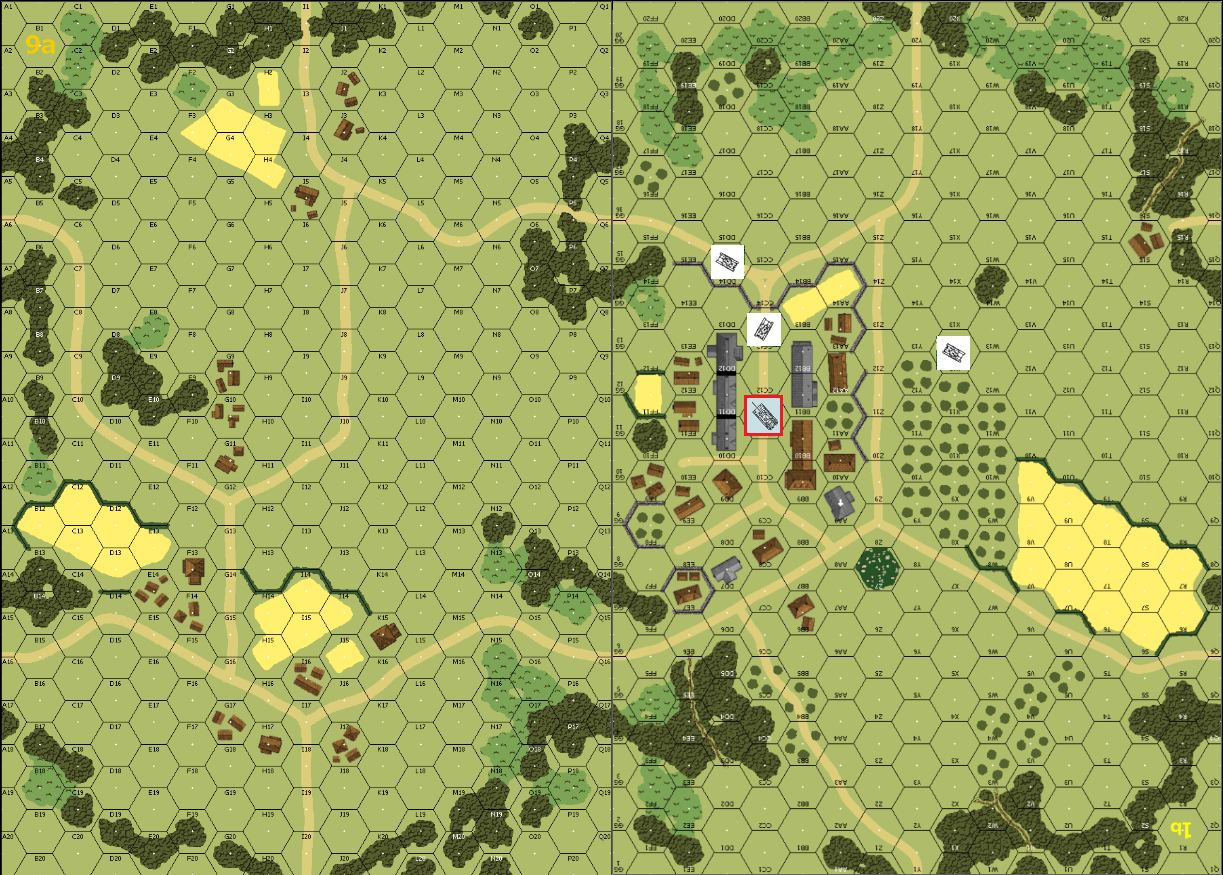 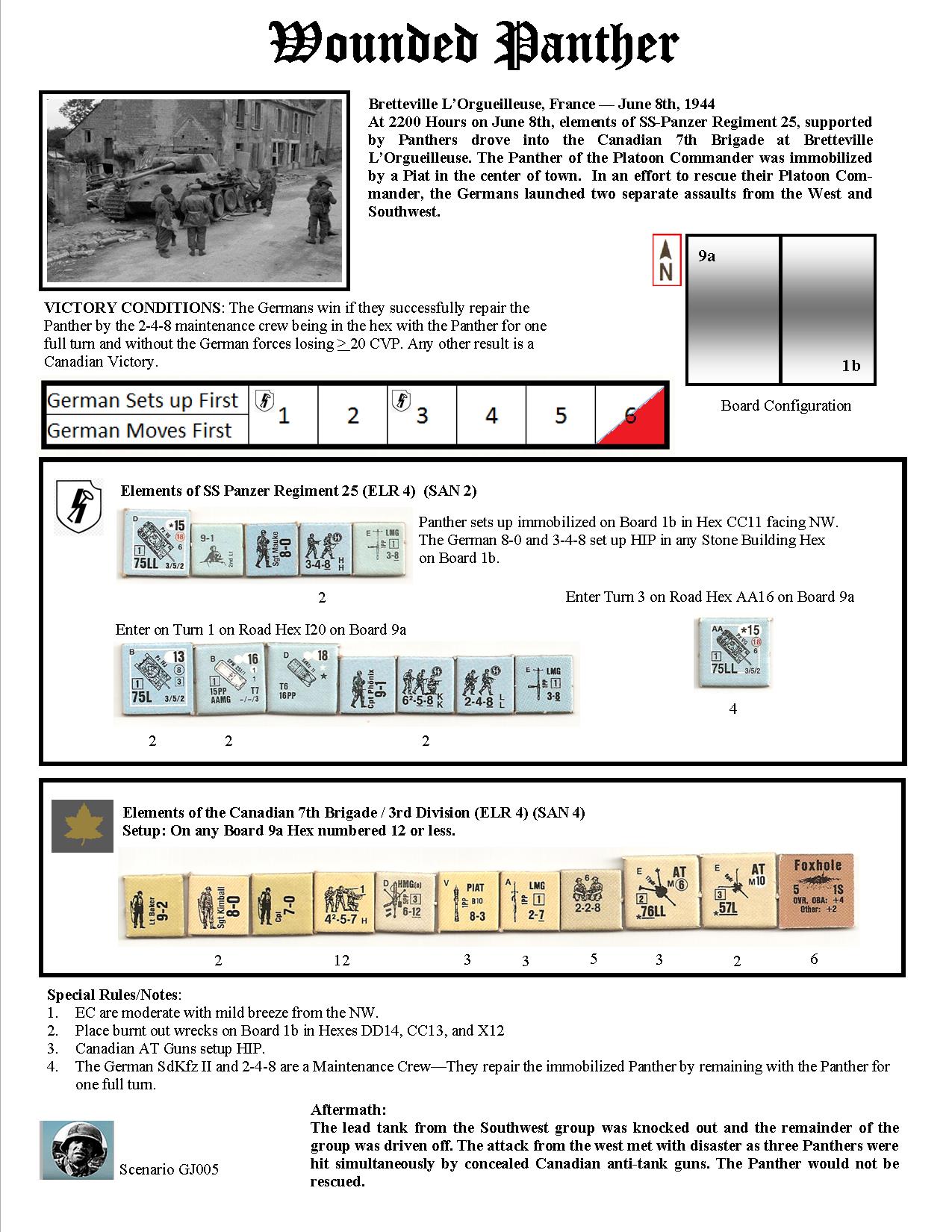