After a brutal pounding by medium bombers, the vaunted German Panzer Lehr Division was shaken to its core. Following up the bombing to put Operation Cobra into full effect, the 2nd US Armored Division, “Hell on Wheels”, was pushing hard to secure the vital crossroads at St. Gilles and sever the escape route for Germans fleeing Countances and St. Lo. Facing this onslaught were elements of Panzer Lehr survivors gathered around a single StuG III. Other German units were also making their way to the St. Gilles road junction. A surviving battery of the 130th Artillery were desperate to reach the crossroads and escape south. And coming in from the east, another Panzer Lehr Kampfgruppe with four MKIV’s was rushing to secure the crossroads. And as they rushed into battle, the eyes of all Germans scanned the skies. . . for the ever present JABOS!
Attacker: German (Panzer Lehr Division and 130th Artillery Regiment)
Defender: American (2nd Armored Division) 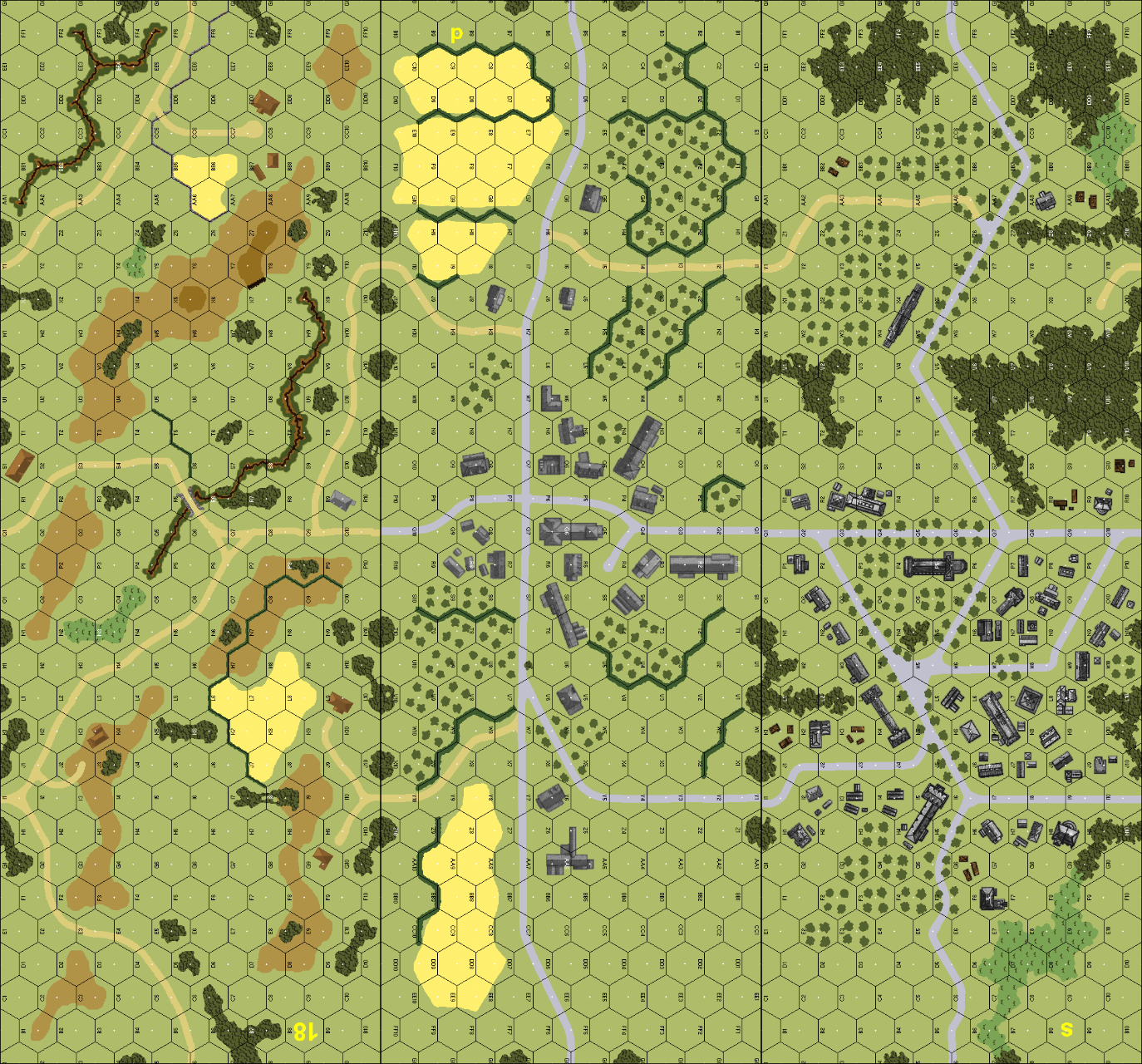 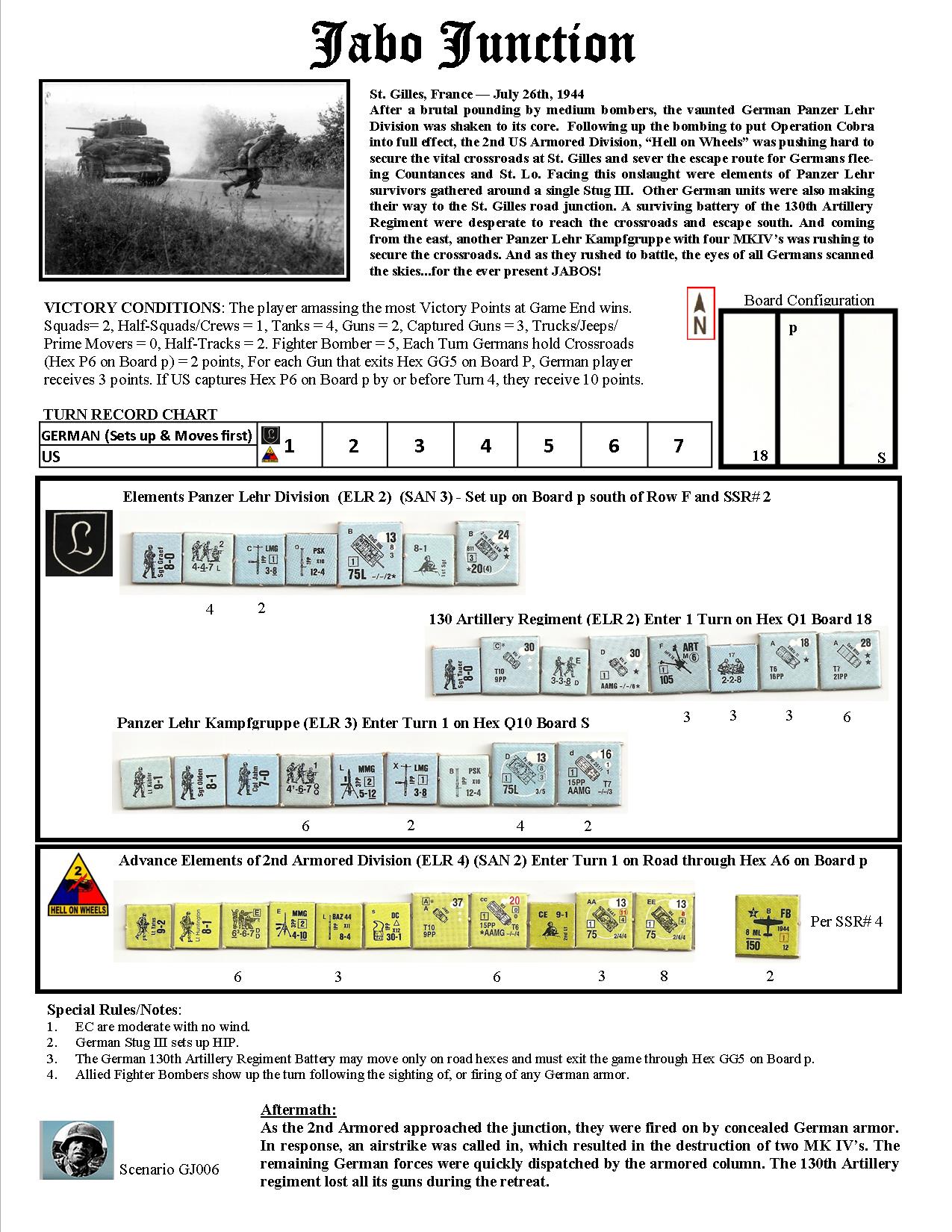