The 29th Infantry Division cuold feel that the campaign for Brest was reaching a climax but there was still a significant amount of frustration at divisional headquarters with the slow progress and general attrition of trained fighting men from comabt lossed. Due to casualties and replacements, the “29, Let's Go!” Division was not the same one that had landed at Omaha Beach. While the Germans in the Brest Pocket were benig squeezed, General Gerhardt, the Division Commander, knew that there were still fanatical Fallschirmjager in front of him occupying excellent defensive terrain. Once such place was Fort Montbarey, which had stymied the 2/115 for several days. The combination of the fort, artillery, and local counterattacks had caused the Americans significant losses. Something different needed to be tried if the 29th was going to push on to Brest.
Attacker: American / British (Reinforced elements I/116th Infantry Regt., 29th Infantry Division & British B Sqd, 141st Regt, RAC)
Defender: German (Elements 5 & 6 Cos., 2nd Fallschirmjager Division) 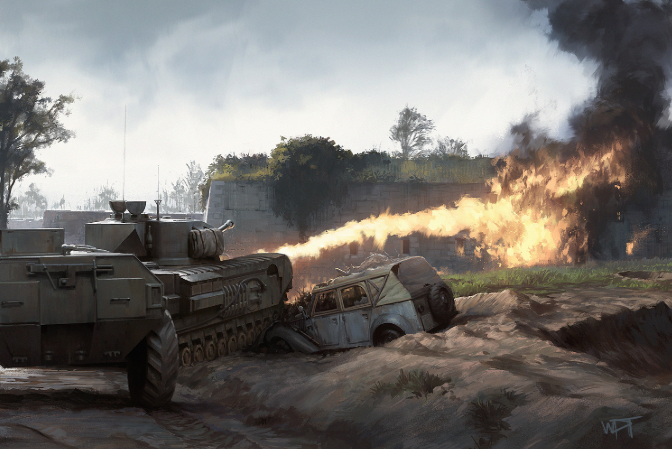