Among the many Allied participants of World War II, the Brazilians of the Forca Expedicionaria Brasileira were some of the fiercest fighters in the waning days of the Italian Campaign. The German retreat up the Italian Boot had been a masterful study in Fabian Tactics, but with the Spring of 1945, the Germans were exhausted and their resources stretched. But at the Italian town of Montese, the Germans would once again stand and trade vicious blows with their Allied counterparts. Leading the Allied attack on Montese would be the infantry and armor of the Brazilian FEB. Montese would quickly become the scene of bitter hand-to-hand fighting in the narrow streets of the old town. And the Brazilians would live up to their moniker...the Smoking Cobras!
Attacker: Brazilian (Forca Expedicionaria Brasileira)
Defender: German (148th Infantry Division) 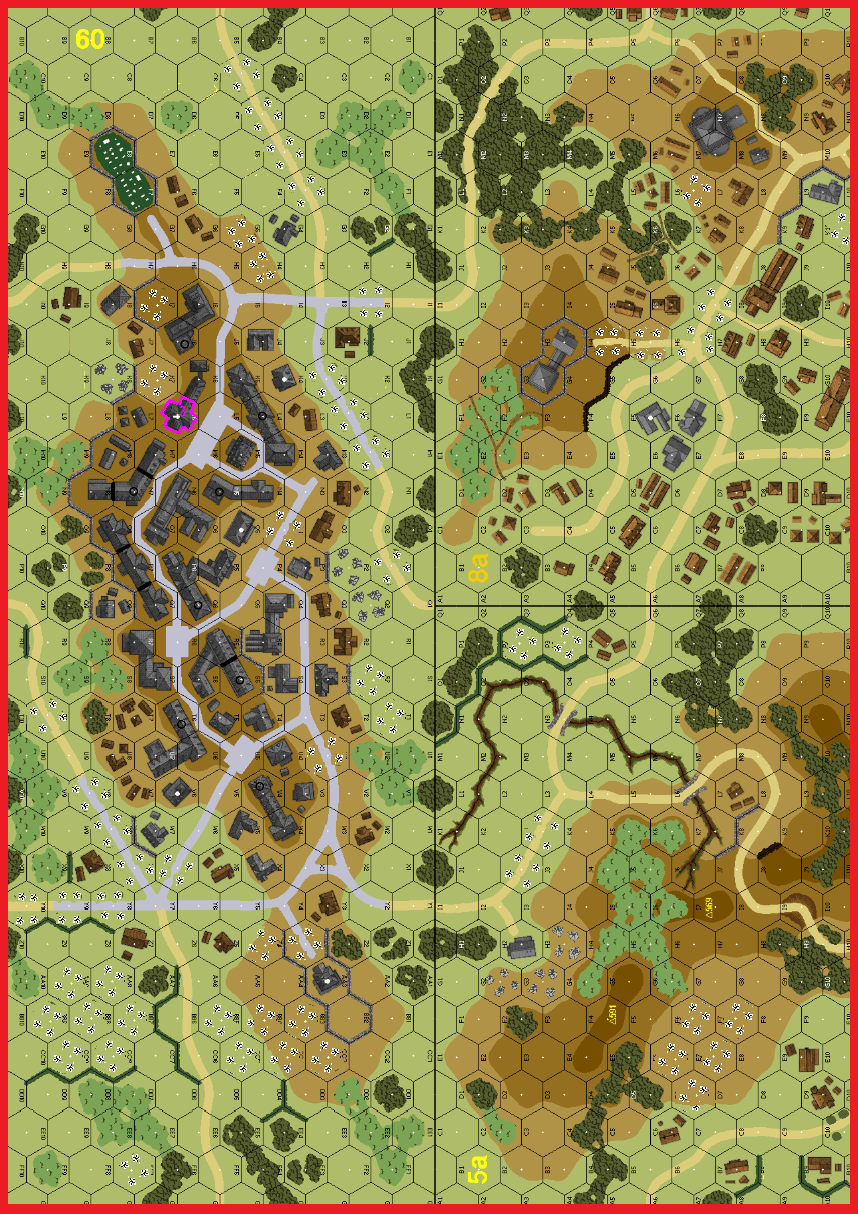 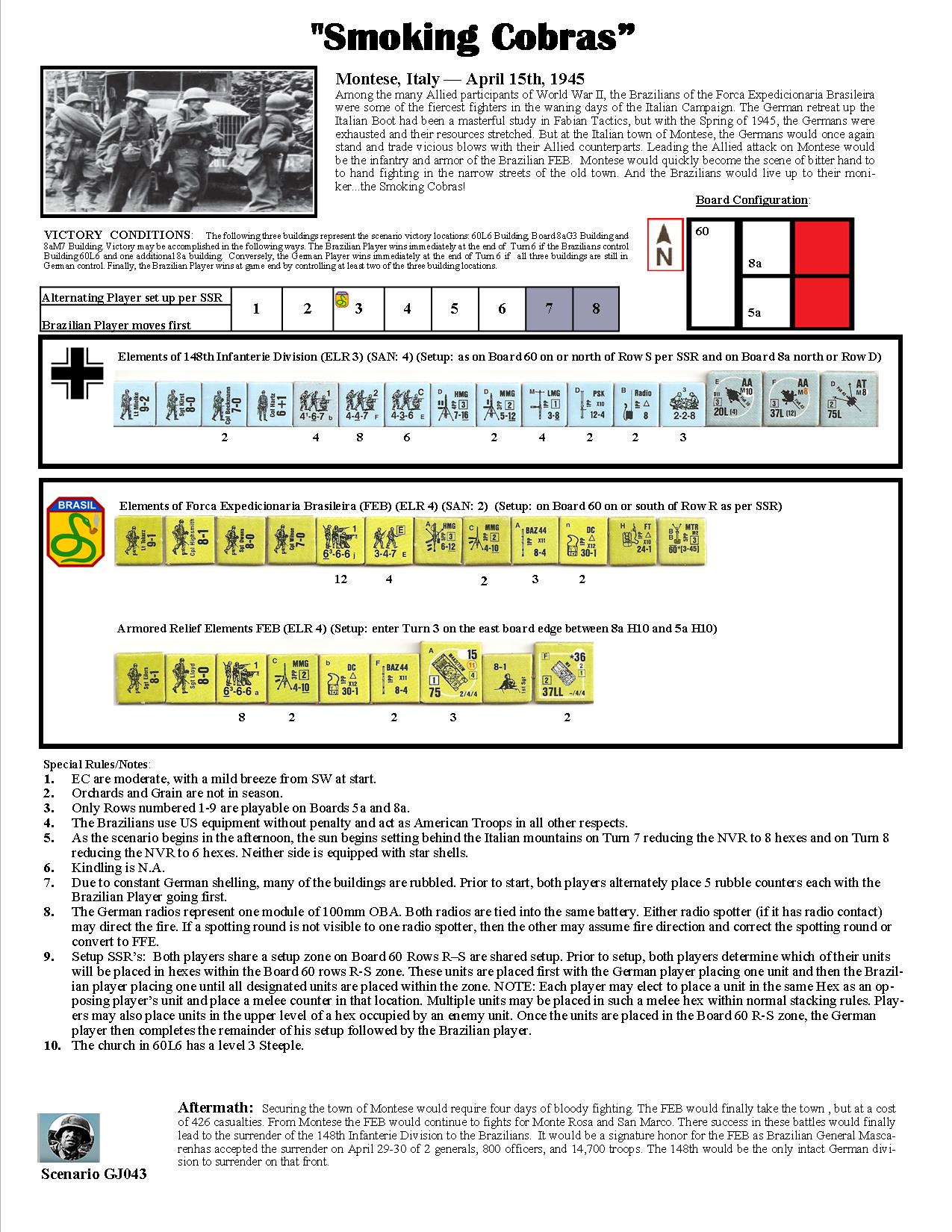