By early evening Volksgrenadier Regiment 916 had command of the heights in the Our/Sûre triangle and Volksgrenadier Regiment 914 taking up its place in the centre of the division’s line, could begin to make more headway. The US 109th Regiment with Colonel Rudder’s command post back in Ettelbruck was now formed in an arc in front of Diekirch. However, it was a sadly depleted regiment. So far the Volksgrenadier Division 352 was handsomely repaying Colonel Rudder for his audacity on Omaha Beach six months earlier.
Attacker: German (352 Volksgrenadier Division)
Defender: American (28th Infantry Division, 707th Tank Battalion) 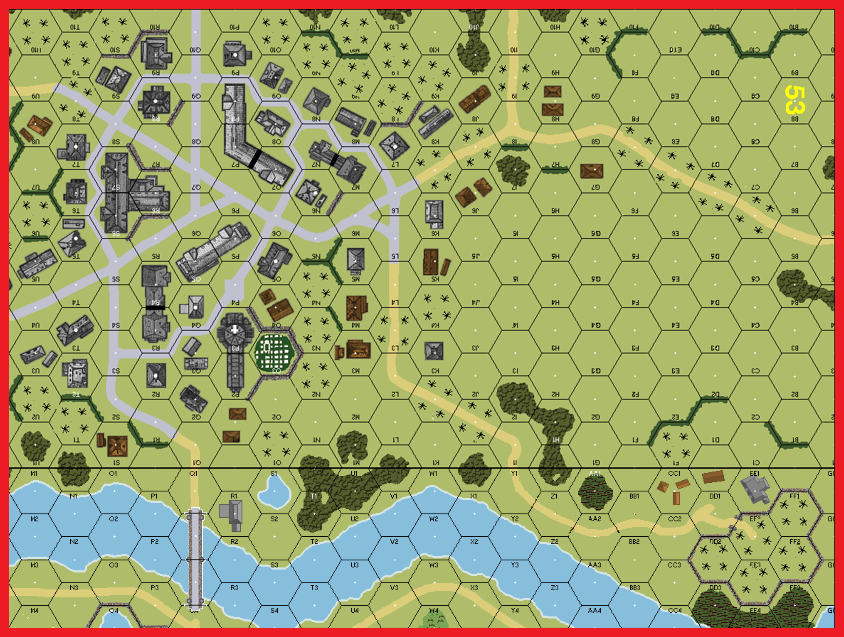