The first drop of paratroopers was already on the ground when the twenty-five LCM's carrying the 3rd Battalion, 34th Infantry made their way towards the southern coast of Corregidor. The LCM's would advance in five waves of five boats each, about fifteen minutes apart. As the landing craft neared the rocky shore they came under fire from Japanese machine guns located in caves in Ramsey Ravine and on Malinta Hill. When the craft crunched against the sand and the ramps dropped, the men of the 3rd Battalion poured out of their landing craft and quickly made their way forward to secure their immediate objectives. As the Americans charged inland they were greeted by swarms of black and blue flies whose larvae were already feasting on the many corpses on the island.
Attacker: American (3-34th Infantry Regiment, 24th Infantry Division)
Defender: Japanese (IJN, Manila Bay Entrance Force) 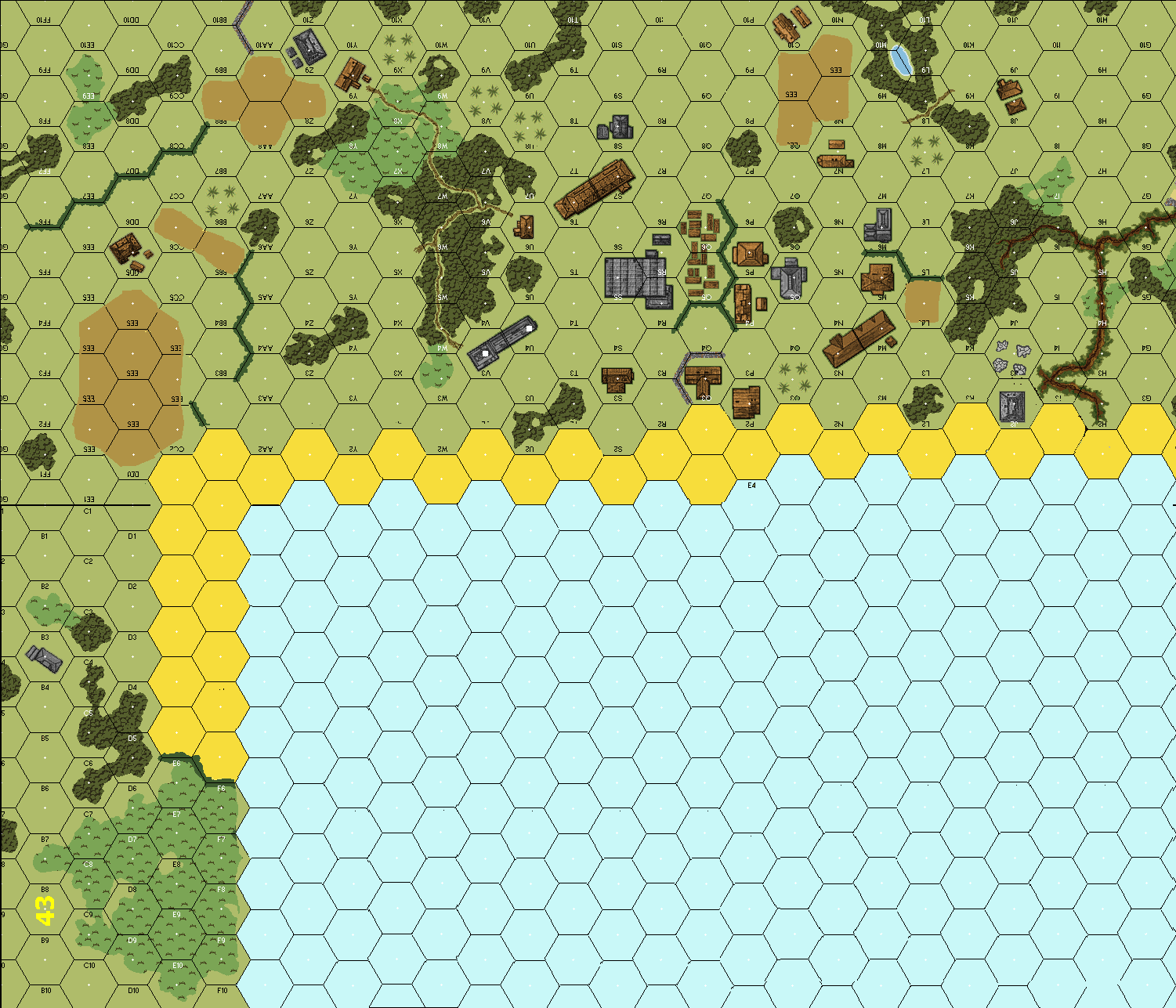