Colonel Jones'plan to break through and clear the "tail" of Corregidor involved sending the remnants of his three battalions around the north and south faces of Malinta Hill and to have them meet up atop the ridge that leads toward Kindley Airfield. Major Robert "Pug" Woods' 1st Battalion would move along the north slope towards Engineer Point and clear that area before moving further east. They would be supported by the two remaining functioning Sherman tanks on the island. Artillery fire would precede the infantry assault, while air support and naval gunfire would remain on-call throughout the advance.
Attacker: American (Elements of 1st Battalion, 503rd Regimental Combat Team)
Defender: Japanese (Manila Bay Entrance Force) 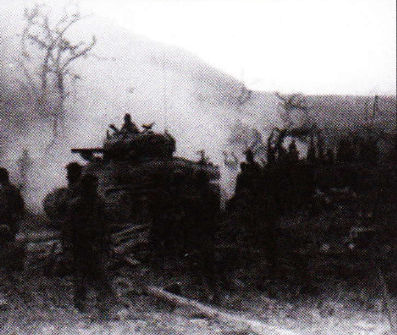