By D-Day +3, the speed of the US 29th Infantry Division’s advance collapsed the left flank of the German 352.Infanteriedivision. The US 175th Infantry Regiment’s capture of Isigny meant that 914.Grenadierregiment was unable to block the corridor between the American beachheads, forcing the Germans to move south of the Aure River to re-establish their lines. The 914.Grenadierregiment was ordered to set up a defence south of la Madeleine, in the area of Hill 35, to prevent the division’s left flank from being rolled up. Then US 175th Infantry Regiment managed to smash through the hastily set up defences south of Isigny and the capture Hill 35. Any surviving Germans were forced to withdraw back to their next defensive line at la Forêt with the Americans in close pursuit behind them.
Attacker: American (Elements 3rd Battalion, 175th Infantry Regiment)
Defender: German (Elements 914.Grenadierregiment) 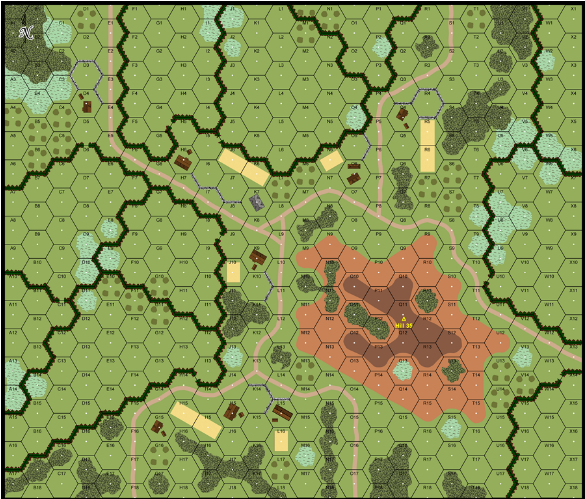 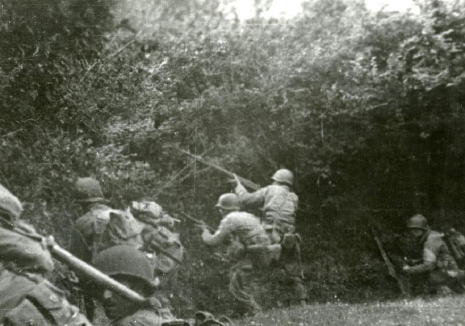