By mid-morning on May 2, the Soviet 16th Tank Corps had successfully penetrated the front near Targul Frumos along two lines of attack. Large armored and motorized infantry formations began pouring through the breach in a headlong rush toward Jassy. In the face of overwhelming numbers, the Germans simply went to ground, allowing themselves to be overrun by the armor, but remaining to fight the inevitable mass of infantry behind. In this way, anti-tank weapons sighted in depth could deal unhindered with the armoured breakthroughs while artillery fire separated the enemy tanks from their infantry. By the time the first wave of Russian armor was approaching Targul Frumos, General von Manteuffel had deployed the 24th Panzer into two mixed battle groups, ready to deliver a careful counter-blow.
Attacker: Russian (16th Tank Corps)
Defender: German (Panzer Grenadier Division Grossdeutschland and 24th Panzer Division) 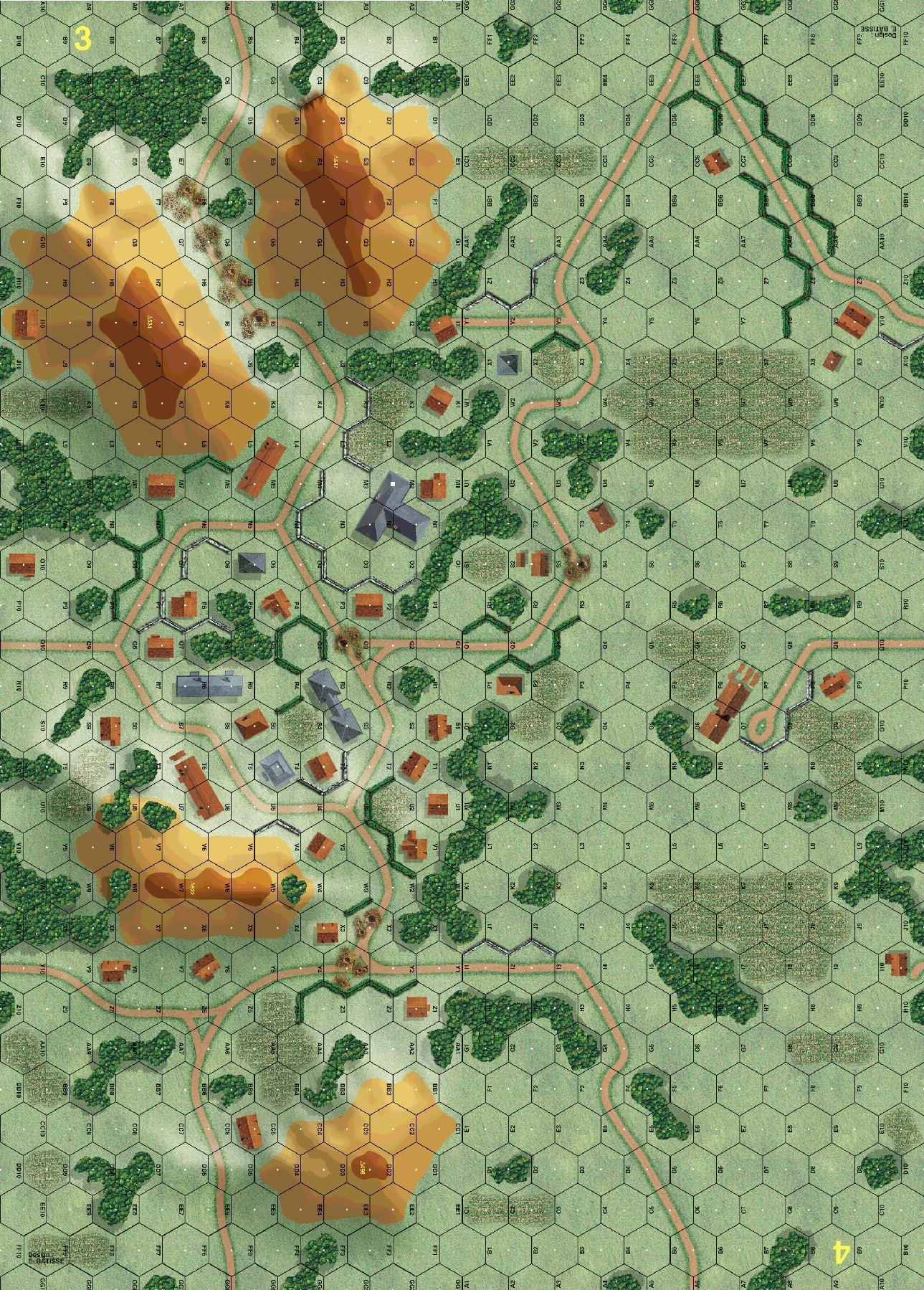