As the American Army closed in on the Elbe River in the spring of 1945, the race to be the first division into Berlin was intense. At Barby, the 83rd Infantry Division had arrived to find the bridge blown but no opposition. Meanwhile, 15 miles northwest at the town of Westerhüsen, the 2nd Armored Division had also established a bridgehead. On the night of 13 April, 3 infantry battalions had quietly crossed the river on DUKWs and formed a perimeter around the bridging site. Bridging equipment was immediately brought up. But constant German shelling had so damaged and disrupted the site that no armor or artillery could be taken across until a bridge was rebuilt. Brigadier General Sidney R. Hinds, commander of Combat Command B, fretted that without heavy support, the bridgehead could easily be erased by a German armored counterattack. Around dawn on Saturday the 14th, German artillery obliterated what was left of the bridge site. Simultaneously, German tanks appeared all around the American perimeter.
Attacker: German (Ad Hoc Mobile Elements of the 12th Army)
Defender: American (Company I, 3rd Battalion, 119th Infantry Regiment) 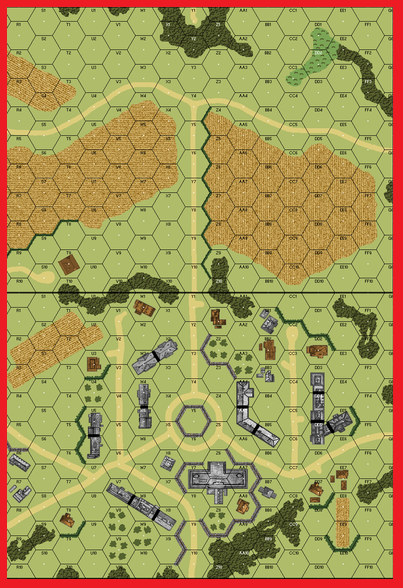