One of 2nd Belorussian Front's initial objectives of Operation Bagration was Mogilev. The Front's main effort to capture the city was assigned to the 49th Army, which had been conducting offensive operations since 22 June, making a small penetration in the German lines. After heavy fighting on the morning of 24 June, German forces began withdrawing to prepared defensive positions on the west side of the Basia River. German covering forces and aircraft delayed forward elements of 49th Army, although most of the planes were preoccupied with Russian aircraft. Forward Detachments (FDs) were being used by the Russians. and the 42nd Rifle Division sent out a FD to seize a crossing point of the river at a different location in order to allow follow on forces to rapidly cross the river and flank the German defenses.
Attacker: Russian (Reinforced elements of 3rd Battalion, 455th Rifle Regiment, 42nd Rifle Division, 69th Rifle Corps)
Defender: German (Elements of Infanterie Division 337) 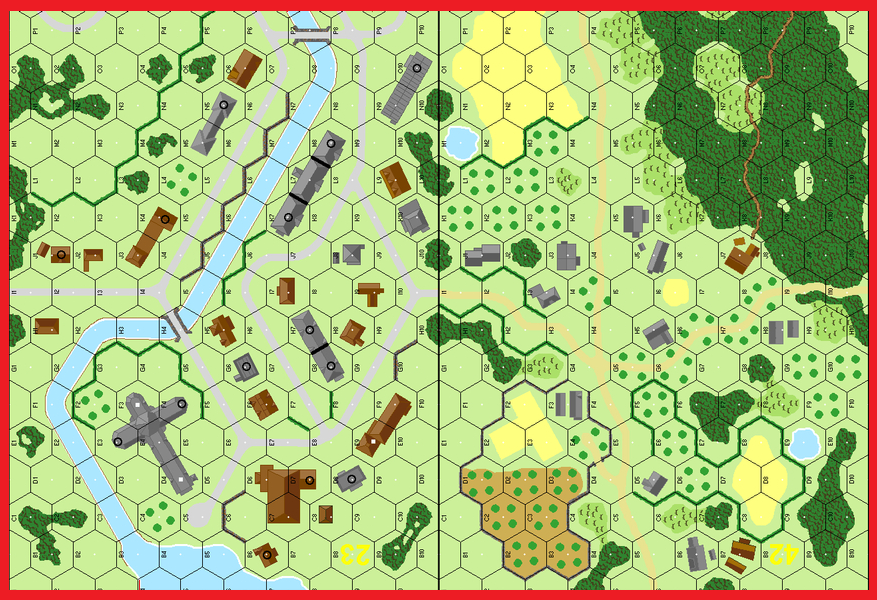