On 7 July, assault teams of the 30th and 9th U.S. Infantry Divisions successfully crossed the Vire-Taute canal. The surprise maneuver caught the enemy off-guard, and the Americans were soon in control of Saint-Jean-De-Daye, a kilometer south of the canal. The GIs pushed right through to le Desert and, with help from the 3rd Armored, the next day continued to advance through the cornfields northwest of St, lo. But, on the 9th the momentum was lost under a furious counterattack by the 2nd SS-Panzer Division Das Reich. The wearied combatants spent two days sniping and maneuvering among the hedgerows and cratered fields, looking for an advantage. On 11 July, the Panzer Lehr was committed in an attack whose objective was to cut off the American forces south of the canal.
Attacker: German (Panzergrenadier-Lehr-Regiment 901, and Panzer-Lehr-Regiment 130, Panzer-Lehr-Division)
Defender: American (60th Infantry Regiment, 9th Infantry Division and 33rd Armored Regiment, 3rd Armored Division) 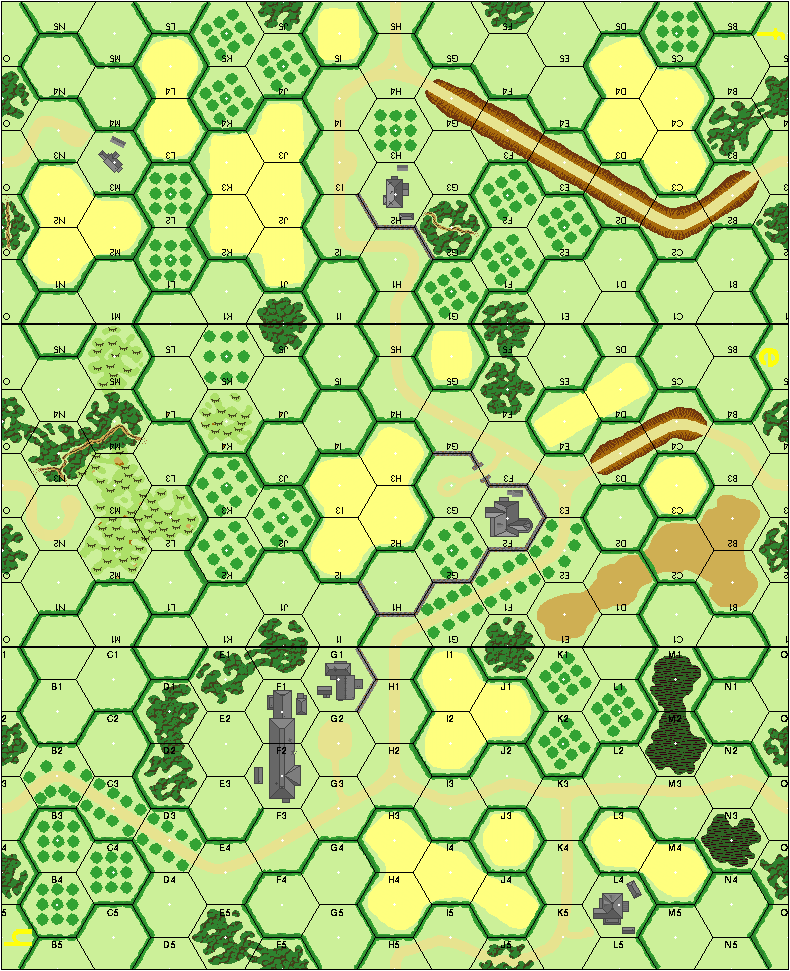 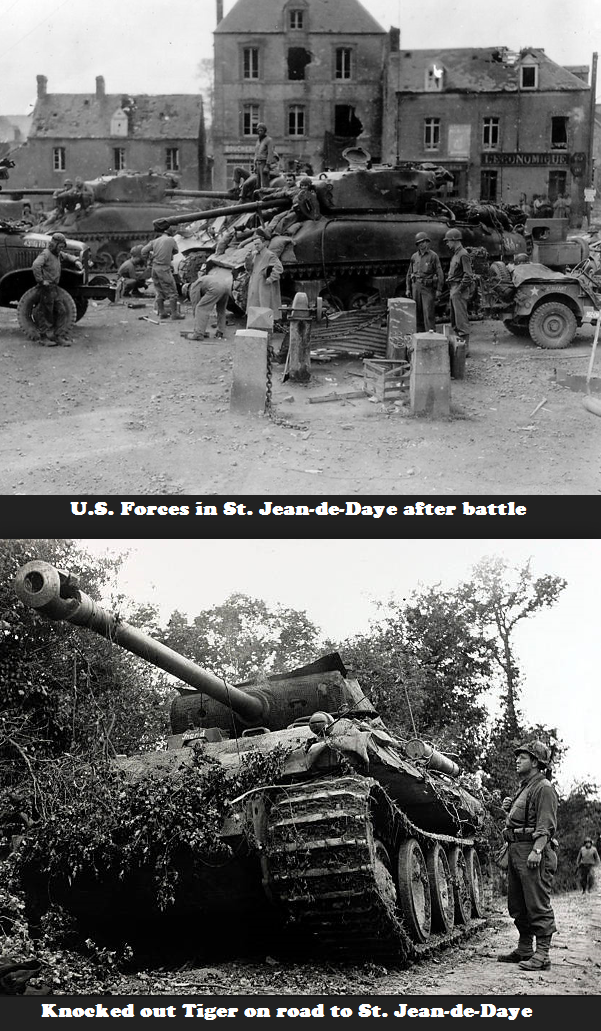