The 115th Infantry had been working its way toward Saint-Lo by fits and start. After resting and refitting for several days, it moved into the line to replace the battered 116th. An attack was laid on to get the stalled advance moving again—but the Germans had other ideas. As so often happened, they launched a brisk pre-emptive counterattack. At 0130, enemy artillery pounded down onto the American foxholes, all landline communications wend dead, and heavy firing broke out along the left flank of the regiment. Worse, the radios at the division were off, the regimental check having been made just eight minutes before. It meant that for 22 minutes the battalion would be cut off from outside support of any kind. A lot can happen in 22 minutes.
Attacker: German (Fallschirmjäger-Regiment 8, Fallschirmjäger-Division 3)
Defender: American (1st Battalion 115th Infantry Regiment, 29th Infantry Division) 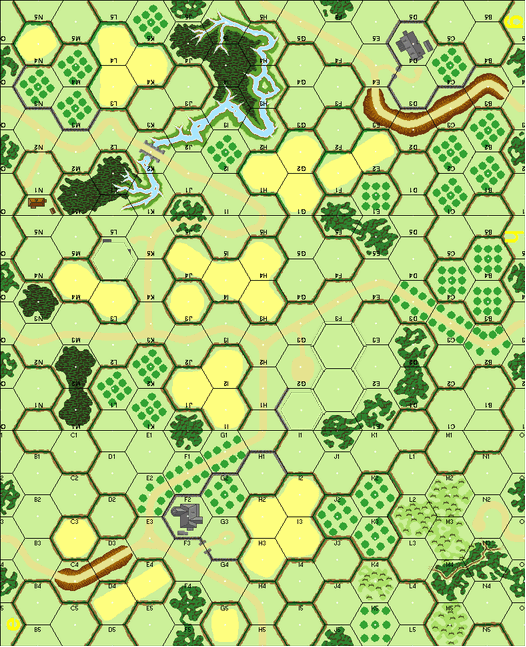 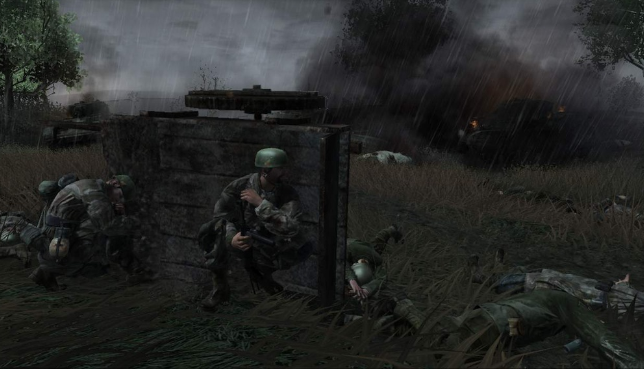