All armor scenario - VASL setup file under USER FILES . . . After the breakthrough at Sedan, German motorized units exploited to the west, south and southeast. The west was nearly empty of French troops but mobile French divisions were sent to close the gap in the south and southeast directions. On the 15th of May, the armored group under the command of General Roucaud was tasked to counterattack the panzers in the Yonck valley. An encounter battle started when the French tanks collided with armoured vehicles of the 7th and 8th Panzer Regiments.
Attacker: French (Elements of the 3eme Battailon de Chars de Combat)
Defender: German (Elements of the 10th Panzer Division) 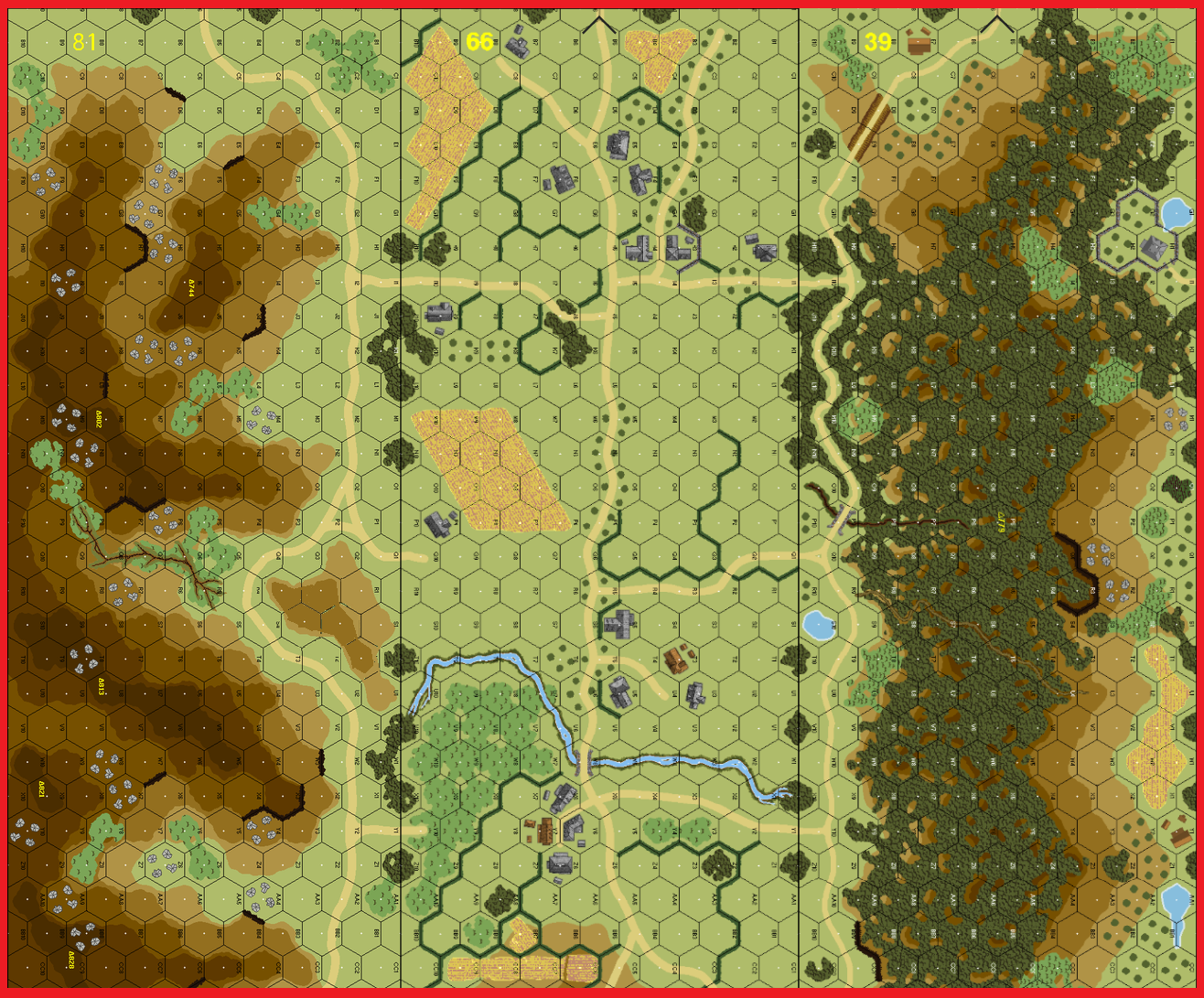