VASL setup file under USER FILES. . .The fight in the woods around Inor had been ongoing for three days and the French line was holding firm. On the 18th, the 68th Infanterie Division tried to break the line near the Soiry Farm and in the woods of Neudan without success. With night, a last push was decided after an artillery preparation .
Attacker: German (No more details)
Defender: French (No more details) 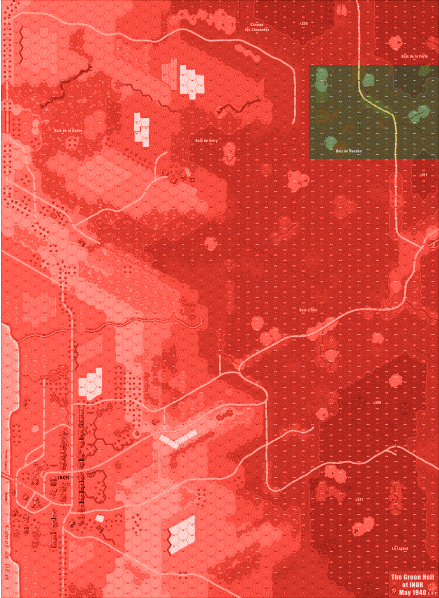