VASL setup file under USER FILES . . . After a week of fighting around Stonne, the 3rd Division d'Infanterie Motorisée, a good division from the active Army, was nearly worn out. On the German side, its opponents, the 10.Panzer-Division and Infanterie-Regiment "Grossdeutschland", had been removed from the front and fresh units were now on the line. Subjected to a bombardment during the night intermingled with smoke rounds, the defenders of Cendriere’s Farm, on the east side of Stonne, did not see the advance of the first elements of the 16.Infanterie-Division coming at them. At the end of the night the attack began with some Germans already in contact with the farm.
Attacker: German (Elements of II./Infanterie-Regiment.60, 16.Infanterie-Division)
Defender: French (7ème Compagnie, 2ème Bataillon, 67ème Regiment d'Infanterie, 3ème Division d'Infanterie Motorisée) 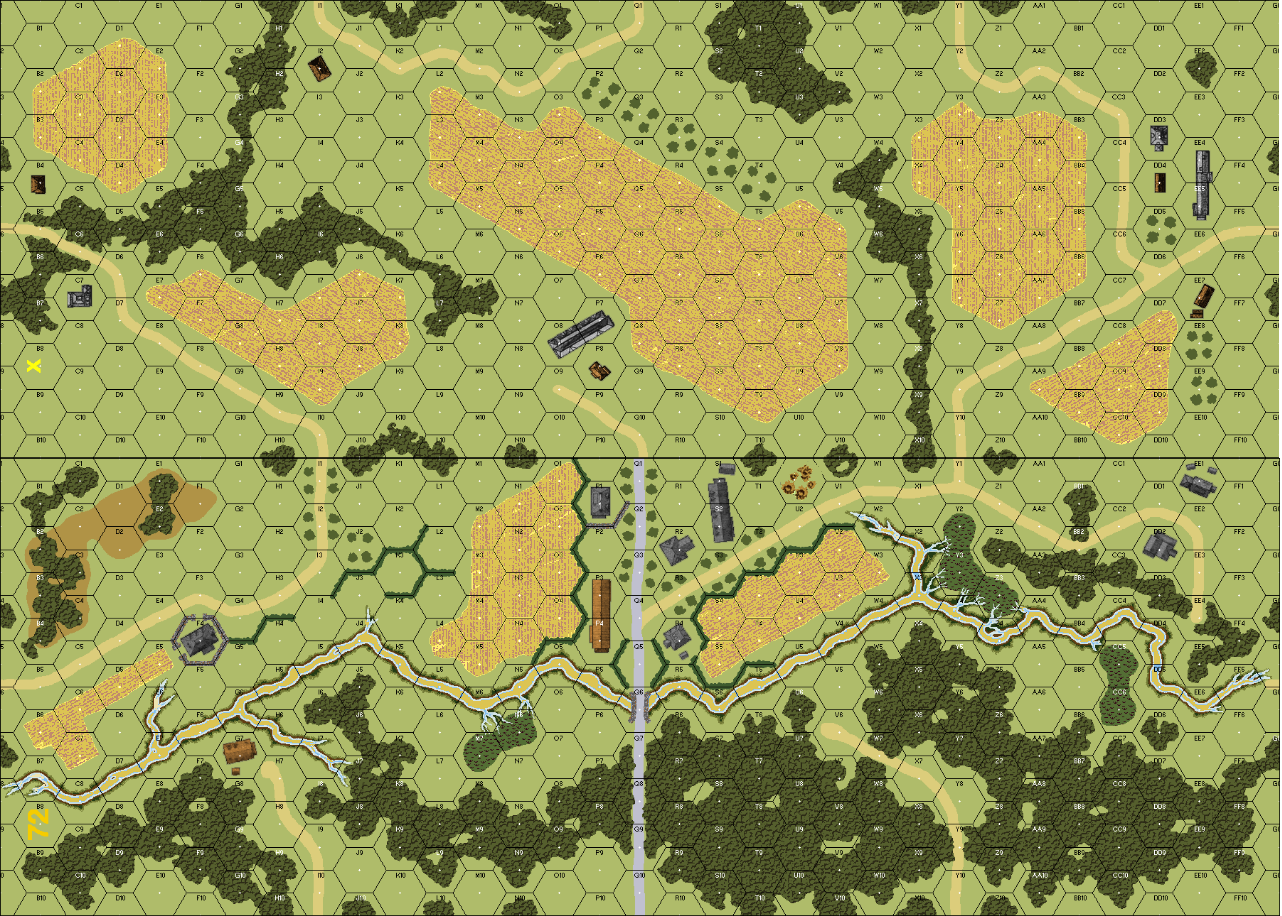