The Russian encirclement of Stalingrad was in full swing. On the southern sector, the Soviet 57th Army was pushing through the Romanian 91st Regiment as the Germans sent available forces to stabilize the crumbling front. Elements of Panzer Abteilung 129 and Grenadier Regiment 15 rushed towards Koshary to stop the Soviet advance and stabilize the front. General Leyser, in his command half-track accompanied the Germans as they advanced under an incandescent moon. As morning began to dawn, a mist gradually thickened in the frigid air. German tank commanders stood up in their open hatches and peered hard into the grey wall in front of them. Then suddenly Russian tanks and mobile infantry collided with the Germans.
Attacker: Russian (62nd Motorized Brigade & 163rd Tank Regiment)
Defender: German (Panzer Abteilung 129 & Gren. Regiment 15) 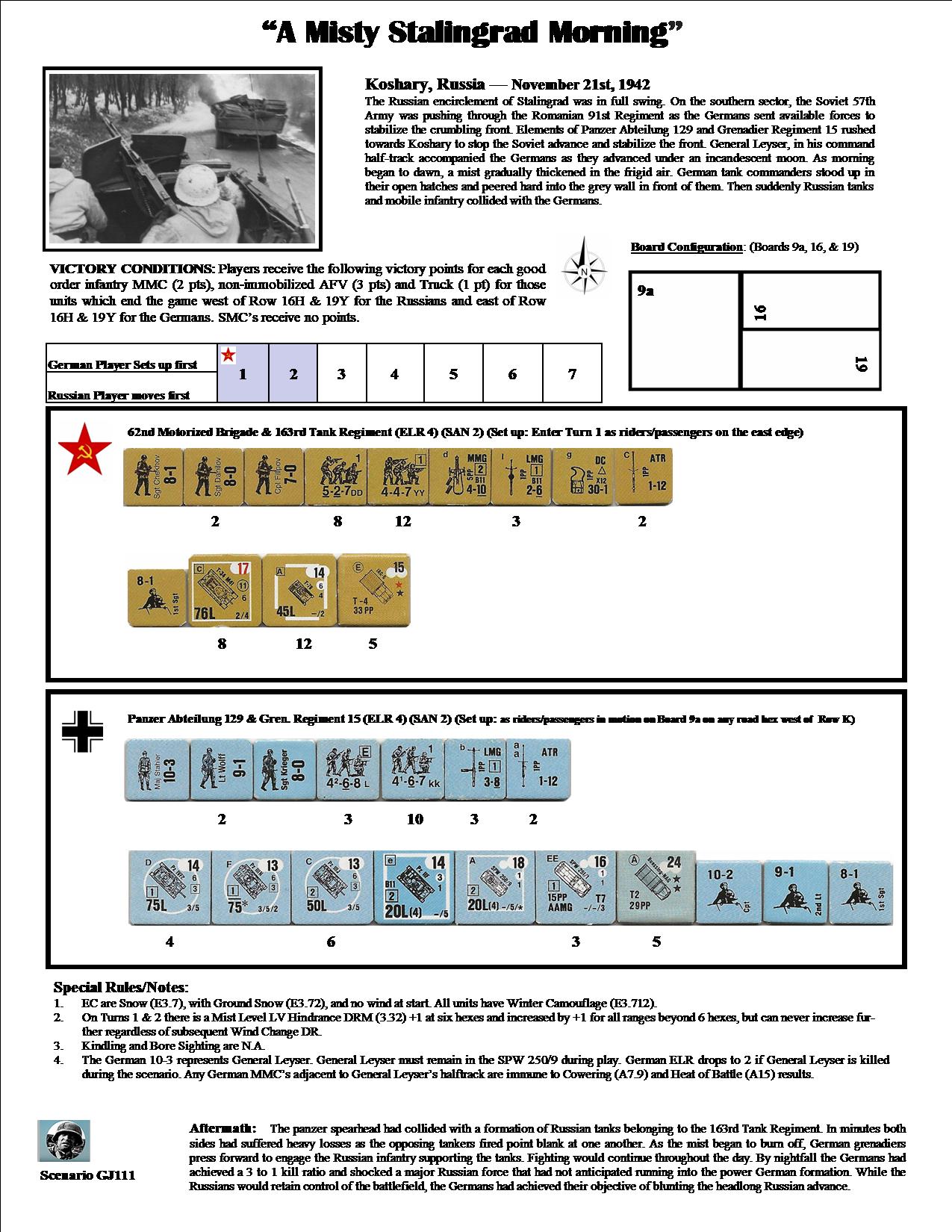 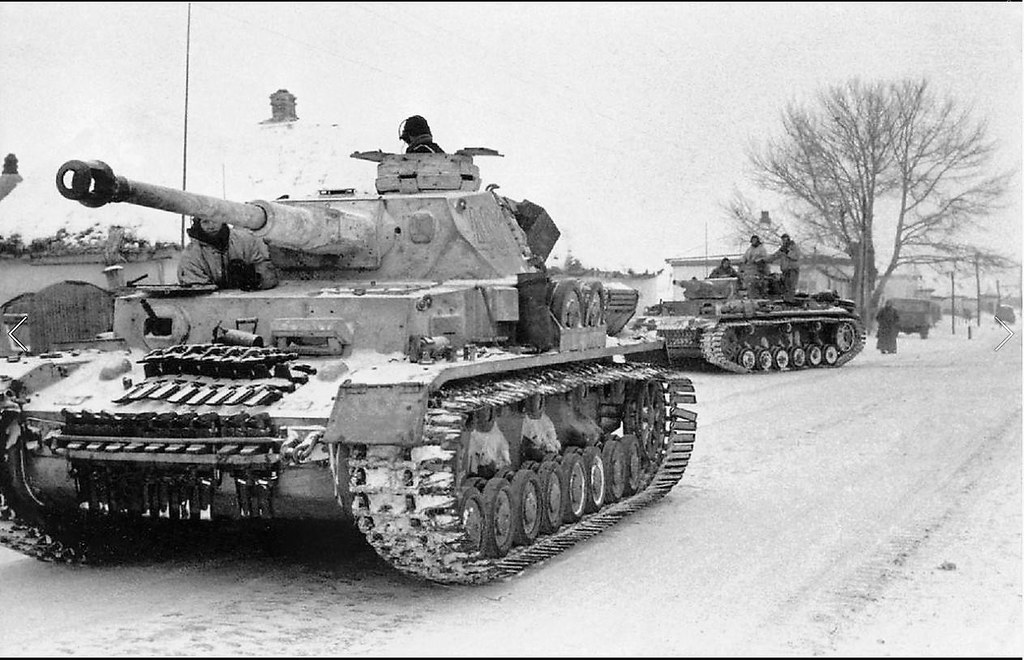